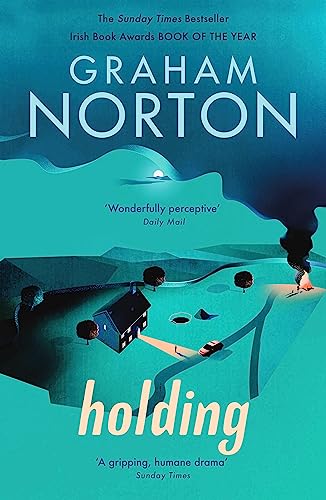 The Sunday Times bestseller. Graham Norton's dark and masterful debut set in a remote Irish village, is an intelligently crafted story of love, secrets and loss.

The Sunday Times bestseller and debut novel from Graham Norton.

'... a deftly plotted story as moving as it is compelling' Sunday Mirror

'... one of the more authentic debuts I've read in recent years ... in such an understated manner, eschewing linguistic eccentricity ... in favour of genuine characters and tender feeling ... this is a fine novel' John Boyne, Irish Times

'It is beautiful and yet devastatingly sad' Daily Express

The remote Irish village of Duneen has known little drama; and yet its inhabitants are troubled. Sergeant PJ Collins hasn't always been this overweight; mother of two Brid Riordan hasn't always been an alcoholic; and elegant Evelyn Ross hasn't always felt that her life was a total waste. So when human remains are discovered on an old farm, suspected to be that of Tommy Burke - a former love of both Brid and Evelyn - the village's dark past begins to unravel.

As the frustrated PJ struggles to solve a genuine case for the first time in his life, he unearths a community's worth of anger and resentments, secrets and regret.

Darkly comic, touching and at times profoundly sad. Graham Norton employs his acerbic wit to breathe life into a host of lovable characters, and explore - with searing honesty - the complexities and contradictions that make us human.

Graham Norton is one of the UK's best loved broadcasters. He presents The Graham Norton Show on BBC1 and has a weekly show on BBC Radio 2. He is the winner of nine BAFTA awards. Born in Dublin and raised in West Cork, Norton now lives in London.

His debut novel Holding was a commercial and critical success, winning Norton the Irish Independent Popular Fiction award at the Bord Gais Irish Book Awards in 2016.

GOR008382147
9781444791983
1444791982
Holding by Graham Norton
Graham Norton
Used - Very Good
Paperback
Hodder & Stoughton General Division
2017-05-18
320
N/A
Book picture is for illustrative purposes only, actual binding, cover or edition may vary.
This is a used book - there is no escaping the fact it has been read by someone else and it will show signs of wear and previous use. Overall we expect it to be in very good condition, but if you are not entirely satisfied please get in touch with us
Trustpilot