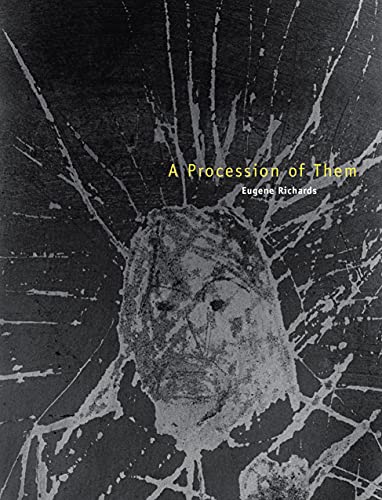 A Procession of Them by Eugene Richards

In some countries, they call them the 'abandonados', the abandoned ones. They're the mentally ill and mentally disabled patients being warehoused in psychiatric asylums that are more run-down, more uncaring than the most brutal American prisons. This work contains images that reveal the inhumane treatment suffered by the mentally disabled.

A Procession of Them by Eugene Richards

In some countries, they call them the abandonados, the abandoned ones. They're the impoverished mentally ill and mentally disabled patients being warehoused in psychiatric asylums that are more run-down, more uncaring than the most brutal American prisons. Confined in cage-like cells, tied to beds soiled with human waste, medicated to the point of senselessness, or wandering naked in unheated and garage-like wards, they live in what can only be called the shadows, their plight unseen and too easily ignored by the rest of the human family.

Working first as a journalist, later as a volunteer for the human rights organization Mental Disability Rights International, photographer Eugene Richards gained access to psychiatric institutions in Mexico, Argentina, Armenia, Hungary, Paraguay, and Kosovo. His wrenchingly intimate images reveal the often inhumane treatment suffered by the mentally disabled. Offered little that would qualify as effective care, patients are denied even the most basic human amenities: privacy, protection from harm, clean clothing. Accompanying the book, A Procession of Them, is a DVD of a short film of the same name. Directed and narrated by Richards, this unique and expressionistic film speaks of the chaos, claustrophobia, and loneliness of these living hells.

Making us face some hard truths, A Procession of Them drives home the point that when it comes to the plight of the mentally disabled, no one much cares. As Richards concludes, it's as if there is a kind of worldwide agreement that once people are classified as mentally ill or mentally retarded, you're free to do to them what you want.

One of the world's foremost documentary photographers, EUGENE RICHARDS has received many of photography's prestigious honors, including the W. Eugene Smith Memorial Award, a Guggenheim Fellowship, National Endowment for the Arts grants, the Leica Medal of Excellence, the Leica Oskar Barnack Award, the Olivier Rebbot Award, and the Robert F. Kennedy Lifetime Achievement Journalism Award for the coverage of the disadvantaged. He has published fifteen books, including Dorchester Days; Exploding into Life; Americans We; Cocaine True, Cocaine Blue; The Fat Baby; A Procession of Them; and The Blue Room. Richards's photographs have appeared in numerous publications, including the New York Times Magazine, Esquire, National Geographic, Time, Newsweek, the New Yorker, People, and Life.
NPB9780292719101
9780292719101
0292719108
A Procession of Them by Eugene Richards
Eugene Richards
The William and Bettye Nowlin Series in Art, History, and Culture of the Western Hemisphere
New
Hardback
University of Texas Press
2008-09-01
152
N/A
Book picture is for illustrative purposes only, actual binding, cover or edition may vary.
This is a new book - be the first to read this copy. With untouched pages and a perfect binding, your brand new copy is ready to be opened for the first time
Trustpilot