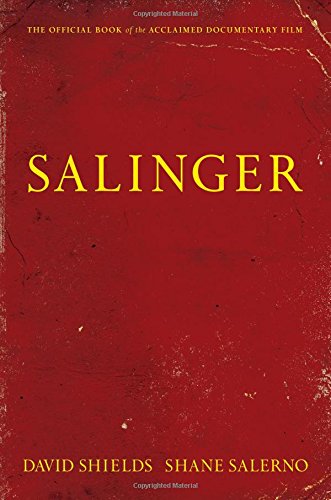 A highly anticipated cultural event: the first definitive biography of one of the most beloved and mysterious figures in American history.

Based on eight years of exhaustive research and exclusive interviews with more than 200 people-and published in coordination with the international theatrical release of a major documentary film from the Weinstein Company-Salinger is a global cultural event: the definitive biography of one of the most beloved and mysterious figures of the 20th century.

For more than 50 years, the ever elusive author of The Catcher in the Ryehas been the subject of a relentless stream of newspaper and magazine articles as well as several biographies. Yet all of these attempts have been hampered by a fundamental lack of access and by the persistent recycling of inaccurate information. Salinger remains, astonishingly, an enigma. The complex and contradictory human being behind the myth has never been revealed.

In the eight years sinceSalingerwas begun, and especially in the three years since Salinger's death, the authors interviewed on five continents more than 200 people, many of whom had previously refused to go on the record about their relationship with Salinger. This oral biography offers direct eyewitness accounts from Salinger's World War II brothers-in-arms, his family members, his close friends, his lovers, his classmates, his neighbours, his editors, his publishers, his New Yorkercolleagues, and people with whom he had relationships that were secret even to his own family. Shields and Salerno illuminate most brightly the last 56 years of Salinger's life: a period that, until now, had remained completely dark to biographers. Provided unprecedented access to never-before-published photographs (more than 100 throughout the book), diaries, letters, legal records, and secret documents, readers will feel they have, for the first time, gotten beyond Salinger's meticulously built-up wall. The result is the definitive portrait of one of the most fascinating figures of the 20th century.
"Refreshingly frank about [Salinger's] many shortcomings and how they might have affected his work . . . "Salinger" amply documents the author's youthful arrogance and selfishness, his infatuation with his own cleverness and his inability to see the world from the perspective of anyone who wasn't a lot like himself."--Laura Miller "Salon "
David Shields is the author of two novels, Dead Languages and Heroes; a collection of linked stories, A Handbook for Drowning; and three previous works of non-fiction. He is a professor in the English department at the University of Washington. Shane Salerno is the writer, producer, and director of Salinger, the highly anticipated documentary film about J. D. Salinger that will premiere theatrically in September 2013.
GOR005081794
9781471130373
1471130371
Salinger by David Shields
David Shields
Used - Very Good
Hardback
Simon & Schuster Ltd
2013-09-03
720
N/A
Book picture is for illustrative purposes only, actual binding, cover or edition may vary.
This is a used book - there is no escaping the fact it has been read by someone else and it will show signs of wear and previous use. Overall we expect it to be in very good condition, but if you are not entirely satisfied please get in touch with us
Trustpilot