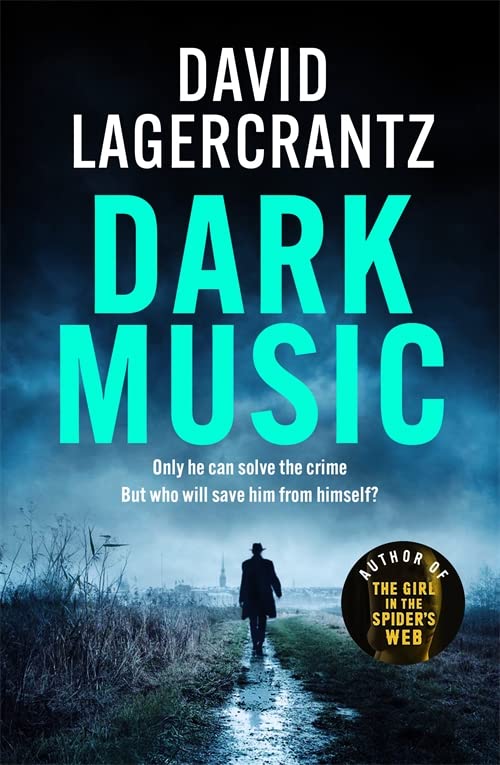 Dark Music: The gripping new thriller from the author of THE GIRL IN THE SPIDER'S WEB by David Lagercrantz

A nerve-racking political thriller with the most exciting detective duo in a long time. Bring on their next case Romy Hausmann, author of Dear Child

The launch of a new series inspired by Sherlock Holmes. A murder investigation brings together two unlikely allies in a race to uncover a shadowy international conspiracy.

Professor Hans Rekke: born into a wealthy Stockholm family, world authority on interrogation techniques, capable of vertiginous feats of logic and observation . . . But he might just fall apart when the going gets tough, leading to substance abuse and despair.

Micaela Vargas: community police officer, born to Chilean political refugees in a tough suburb, with two brothers on the shady side of the law.

Vargas feels she has something to prove. She's tenacious and uncompromising, but she needs Rekke's unique mind to help her solve the case. Rekke has it all - wealth, reputation - but also a tendency to throw it all away. He needs Vargas to help him get back on an even keel so he can focus his mind on finding the killer before they're both silenced for good.

Translated from the Swedish by Ian Giles

A must-read . . . Lagercrantz guides us with playful ease * Smalandsposten *
One likes Rekke and Vargas - both as partners and as individuals - and that's where David Lagercrantz really captivates the reader * Kulturnytt, Swedish Radio *
Very entertaining . . . the depiction of the double act's friendship is finely tuned and poignant * Svenska Dagbladet *
I have no choice but to surrender. David Lagercrantz knows his craft * Expressen *
An enormous amount of research is behind this story, everything from music-theoretical concepts to the rapidly growing class alienation of the noughties is depicted with precision * Dagens Nyheter *
An ambitious and complex plot that wants to follow the conventional thriller template on one hand, but on the other hand wants to tell us something more * Goeteborgs-Posten *
The craftsmanship has been honed following the Millennium novels. As if he has imitated the winning concept to perfection . . . It works brilliantly * Expressen *
David Lagercrantz skilfully navigates the complicated plot, from the Taliban's Afghanistan, through the Soviet Union's prominent music schools, Islamist terrorist attacks and wars, behind the doors of the CIA and the Swedish Ministry of Foreign Affairs . . . Lagercrantz guides us with playful ease . . . Dark Music is a book that has to be read * Smalandsposten *
A nerve-racking political thriller with the most exciting detective duo in a long time. Micaela Vargas, a fighter, and Hans Rekke, a tragic genius - characters so complex and engaging that you become addicted to them. Bring on their next case, David Lagercrantz! -- Romy Hausmann, author of Dear Child
Takes in the Taliban's hatred of music and musicians, the Americans' use of torture in the 'War on Terror' and much else. [A] rich, engrossing novel. -- Natasha Cooper * Literary Review *

Dark Music . . . has a cosmopolitan collection of oddball characters, and themes as diverse as classical
music and Sweden's antiterrorist policies.

David Lagercrantz was born in 1962, and is an acclaimed author and journalist. In 2015 The Girl in the Spider's Web (2015), his continuation of Stieg Larsson's Millennium Trilogy, became a worldwide bestseller and was made into a film by Sony Pictures (2018). He is the author of the acclaimed and bestselling I am Zlatan Ibrahimovic, Fall of Man in Wilmslow, and the fifth and sixth books in the Millennium series, The Girl Who Takes an Eye for an Eye (2017) and The Girl Who Lived Twice (2019). Dark Music, the first Rekke and Vargas Investigation, will be published in the UK in 2022.

NGR9781529413199
9781529413199
1529413192
Dark Music: The gripping new thriller from the author of THE GIRL IN THE SPIDER'S WEB by David Lagercrantz
David Lagercrantz
New
Hardback
Quercus Publishing
20220818
384
N/A
Book picture is for illustrative purposes only, actual binding, cover or edition may vary.
This is a new book - be the first to read this copy. With untouched pages and a perfect binding, your brand new copy is ready to be opened for the first time
Trustpilot