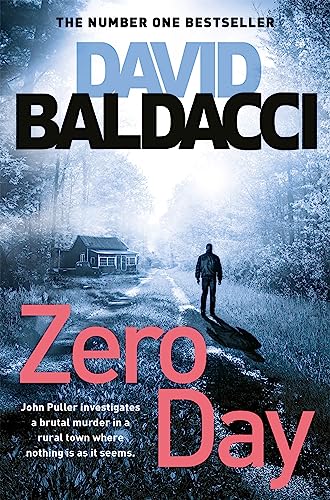 The first in a heart-racing series featuring military investigator John Puller, from the number one bestselling author David Baldacci.

Distinguished as a top investigator in the US government, John Puller is called in to conduct an enquiry into the brutal murders of a family in a remote area of West Virginia. It soon becomes clear that the case has wider implications and as the body count rises he teams up with local homicide detective Samantha Cole. As the web of deceit is revealed, it quickly becomes apparent that there's much more to this case than they had first thought. It is an investigation where nothing is as it seems, and nothing can be taken at face value.

When Puller and Cole discover a dangerous situation in the making, Puller finds he must turn to the one person who can help avert certain catastrophe. A person he has known all his life.

In a breathtaking rollercoaster race against time, Cole fears for the community in which she was raised, and Puller knows he has to overcome the enemies of his country to avoid far reaching disaster.

Readers expect excitement and intrigue in David Baldacci's books, and Zero Day is no exception . . . As Baldacci's new hero narrowly escapes countless close calls, the pairing of the author's imagination and knowledge create a wild ride for the reader. Puller is gutsy, brash and likable. Best of all, he survives to reappear in the next book of this new series. * The Free-Lance Star *
Zero Day is a nifty, paranoid thriller disguised as a murder mystery, and Baldacci advances it at a speedy clip with a nice mix of intrigue, tantalizing clues and the occasional explosion . . . Baldacci's books are fast-paced battles between good and evil. * Richmond Times Dispatch *

David Baldacci is one of the world's bestselling and favourite thriller writers. With over 130 million copies in print, his books are published in over eighty territories and forty-five languages, and have been adapted for both feature-film and television. He has established links to government sources, giving his books added authenticity. David is also the co-founder, along with his wife, of the Wish You Well Foundation (R), a non-profit organization dedicated to supporting literacy efforts across the US.

GOR009946972
9781529003208
1529003202
Zero Day by David Baldacci
David Baldacci
John Puller series
Used - Very Good
Paperback
Pan Macmillan
2019-04-04
624
N/A
Book picture is for illustrative purposes only, actual binding, cover or edition may vary.
This is a used book - there is no escaping the fact it has been read by someone else and it will show signs of wear and previous use. Overall we expect it to be in very good condition, but if you are not entirely satisfied please get in touch with us
Trustpilot