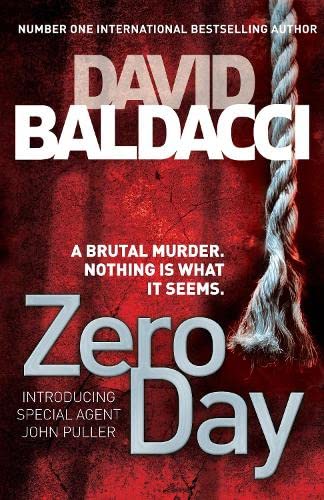 War hero John Puller is known to be the top investigator in the US Army's CID. So when a family with military connections is brutally murdered in a remote area of West Virginia, Puller is called to investigate, and soon suspects the case has wider implications. As the body count rises he teams up with local homicide detective Samantha Cole. As the web of deceit is revealed, it quickly becomes apparent that there's much more to this case than they had first thought. It is an investigation where nothing is as it seems, and nothing can be taken at face value.

When Puller and Cole discover a dangerous situation in the making, Puller finds he must turn to the one person who can help avert certain catastrophe. A person he has known all his life.

In a breathtaking rollercoaster race against time, Cole fears for the community in which she was raised, and Puller knows he has to overcome the enemies of his country to avoid far reaching disaster.

David Baldacci is one of the world's bestselling and favourite thriller writers. With over 130 million copies in print, his books are published in over eighty territories and forty-five languages, and have been adapted for both feature-film and television. He has established links to government sources, giving his books added authenticity. David is also the co-founder, along with his wife, of the Wish You Well Foundation (R), a non-profit organization dedicated to supporting literacy efforts across the US. Trust him to take you to the action.
GOR003274800
9780230749245
0230749240
Zero Day by David Baldacci
David Baldacci
Used - Very Good
Hardback
Pan Macmillan
2011-11-04
448
N/A
Book picture is for illustrative purposes only, actual binding, cover or edition may vary.
This is a used book - there is no escaping the fact it has been read by someone else and it will show signs of wear and previous use. Overall we expect it to be in very good condition, but if you are not entirely satisfied please get in touch with us
Trustpilot