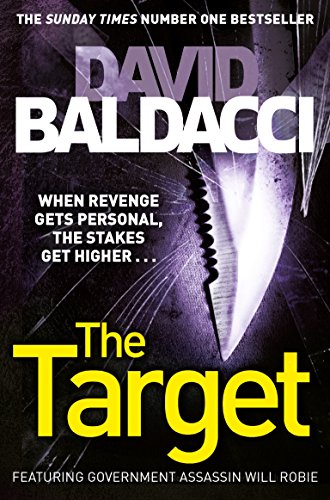 From the Sunday Times number one bestselling author. Will Robie from The Innocent and The Hit returns in his toughest mission to date.

Government operatives Will Robie and Jessica Reel are faced with a lethal mission in The Target, from best-selling author David Baldacci. The follow up to the smash-hit thriller, The Hit.

An attack from North Korea looks likely as US involvement in an attempted coup is revealed, and a bond of trust has been broken at the very highest level.

Chung-Cha is a young woman who was raised in the infamous Yodok concentration camp. It's a place where honour, emotion and compassion don't exist. Cold, calculating and highly skilled, Chung-Cha has been trained to kill. And the task she has been given is to destroy the enemy at all costs.

GOR008623895
9781447274070
1447274075
The Target by David Baldacci
David Baldacci
Will Robie series
Used - Very Good
Paperback
Pan Macmillan
2014-11-06
592
N/A
Book picture is for illustrative purposes only, actual binding, cover or edition may vary.
This is a used book - there is no escaping the fact it has been read by someone else and it will show signs of wear and previous use. Overall we expect it to be in very good condition, but if you are not entirely satisfied please get in touch with us
Trustpilot