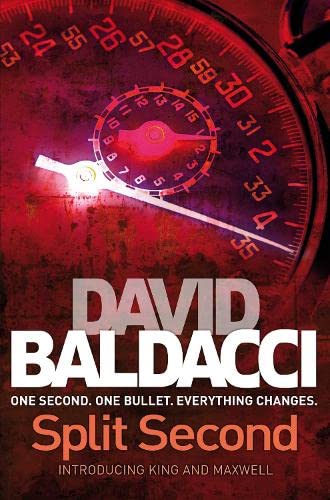 When something distracts Secret Agent Sean King for a split second, it costs him his career and presidential candidate Clyde Ritter, his life. But what stole his attention? And why was Ritter shot?

Eight years later Michelle Maxwell is on the fast track through the ranks of the Secret Service when her career is stopped short: Presidential candidate John Bruno is abducted from a funeral home while under her protection.

The similarity between the two cases drives Michelle to re-open investigations into the Ritter fiasco and join forces with attractive ex-agent King. The pair are determined to get to the bottom of what happened in those critical moments.

Meanwhile, high-ranking members of the legal system and key witnesses from both cases are going missing. King is losing friends, colleagues and clients fast and his ex-lover, Joan Dillinger, is playing curious games - she wants Sean back, but she also owes him for something . . .

David Baldacci is one of the world's bestselling and favourite thriller writers. With over 130 million copies in print, his books are published in over eighty territories and forty-five languages, and have been adapted for both feature-film and television. He has established links to government sources, giving his books added authenticity. David is also the co-founder, along with his wife, of the Wish You Well Foundation (R), a non-profit organization dedicated to supporting literacy efforts across the US. Trust him to take you to the action.
GOR009867664
9780330517782
0330517783
Split Second by David Baldacci
David Baldacci
Used - Like New
Paperback
Pan Macmillan
2010-07-02
608
N/A
Book picture is for illustrative purposes only, actual binding, cover or edition may vary.
The book has been read, but looks new. The book cover has no visible wear, and the dust jacket is included if applicable. No missing or damaged pages, no tears, possible very minimal creasing, no underlining or highlighting of text, and no writing in the margins
Trustpilot