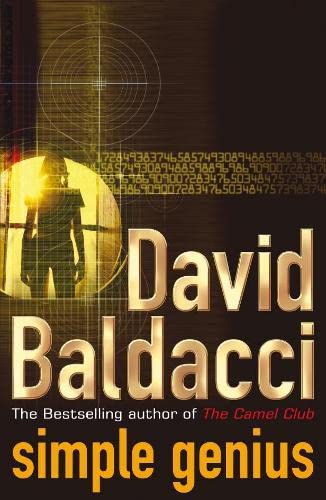 The new Baldacci reintroduces the main characters from Split Second and Hour Game - the novel that took Baldacci to another level in paperback in the UK.

Sean King and Michelle Maxwell both bear the scars of their previous case. Michelle is in a psychiatric hospital after making a suicide attempt while Sean, down on his luck and desperately worried about his friend, accepts a PI job at Babbage Town - a hugely secret establishment where, it seems, corpses turn up more quickly than new codes can be encrypted by the genius mathematicians who are employed in the place . . .

While Michelle's psychiatrist determines the key to her deep depression lies in events suppressed during her childhood, Michelle uncovers something truly disturbing happening in the hospital pharmacy . . .

And with both the FBI and CIA making their presence felt in Babbage Town, Sean begins to wonder what really goes on there. But there is a place even more sinister close by, Camp Peary, where it is said CIA death squads train . . .

David Baldacci is one of the world's bestselling and favourite thriller writers. With over 130 million copies in print, his books are published in over eighty territories and forty-five languages, and have been adapted for both feature-film and television. He has established links to government sources, giving his books added authenticity. David is also the co-founder, along with his wife, of the Wish You Well Foundation (R), a non-profit organization dedicated to supporting literacy efforts across the US. Trust him to take you to the action.
GOR001939126
9780230017740
0230017746
Simple Genius by David Baldacci
David Baldacci
Used - Good
Hardback
Pan Macmillan
2007-07-06
432
N/A
Book picture is for illustrative purposes only, actual binding, cover or edition may vary.
This is a used book - there is no escaping the fact it has been read by someone else and it will show signs of wear and previous use. Overall we expect it to be in good condition, but if you are not entirely satisfied please get in touch with us
Trustpilot