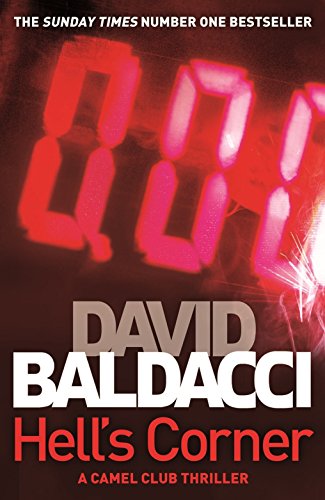 The Camel Club returns in the breathtaking follow up to Divine Justice from the Number One International Bestselling author.

For better or worse, much of him belonged to this town, even with all the pain it had caused.

Oliver Stone - leader of the Camel Club, and once his country's most skilled assassin - is called to the White House for one last covert mission.

Inside, the British Prime Minister is being honoured at a state dinner. As the motorcade leaves at the end of the evening, a bomb is detonated, and in the chaotic aftermath Stone's assignment changes drastically - find those responsible by whatever means necessary.

Those guilty of the terror attack are elusive, capable and increasingly lethal. With nowhere else to turn, Stone enlists the help of the only people he knows he can trust: the Camel Club. But what none of them realize is that this may well be their last stand together . . .

Strap on your Glock. Grab an extra magazine of shells. There's danger and excitement lurking around this Corner. * Kirkus *

GOR006740182
9781447274322
1447274326
Hell's Corner by David Baldacci
David Baldacci
The Camel Club
Used - Good
Paperback
Pan Macmillan
2014-11-20
640
N/A
Book picture is for illustrative purposes only, actual binding, cover or edition may vary.
This is a used book - there is no escaping the fact it has been read by someone else and it will show signs of wear and previous use. Overall we expect it to be in good condition, but if you are not entirely satisfied please get in touch with us
Trustpilot