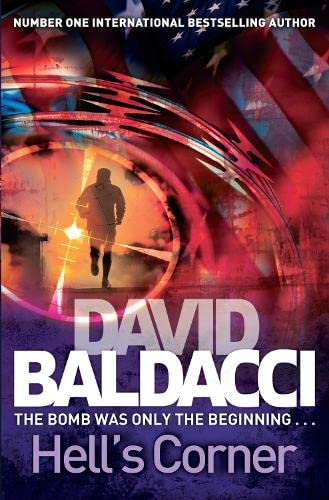 Oliver Stone - once the country's most skilled assassin - stands in front of the White House, perhaps for the last time. The president has personally requested that Stone serve his country again on a high-risk, covert mission. Though he's fought for decades to leave his past career behind, Stone has no choice but to say yes.

But Stone's mission changes drastically before it even begins. It's the night of a state dinner honouring the British prime minister. As he watches the prime minister's motorcade leave the White House, a bomb is detonated in an apparent terrorist attack against both leaders. It's in the chaotic aftermath that Stone takes on a new, more urgent assignment: find those responsible for the bombing.

Stone's opponents are elusive, capable, and increasingly lethal. Worst of all, it seems that the park bombing may just have been the opening salvo in their plan. With nowhere else to turn, Stone enlists the help of the only people he knows he can trust: the Camel Club. Yet that may be a big mistake.

In the shadowy worlds of politics and intelligence, there is no one you can really trust. And Hell's Corner truly lives up to its name.

This may be Oliver Stone's and the Camel Club's last stand.

David Baldacci is the internationally-acclaimed author of 19 bestselling novels. With his books published in at least 45 different languages, and with over 100 million copies in print, he is one of the world's favourite storytellers. His family foundation, the Wish You Well Foundation, a non-profit organization, works to eliminate illiteracy across America.
CIN000283610
9780330456555
0330456555
Hell's Corner by David Baldacci
David Baldacci
The Camel Club
Used - Very Good
Paperback
Pan Macmillan
2011-06-23
624
N/A
Book picture is for illustrative purposes only, actual binding, cover or edition may vary.
This is a used book - there is no escaping the fact it has been read by someone else and it will show signs of wear and previous use. Overall we expect it to be in very good condition, but if you are not entirely satisfied please get in touch with us
Trustpilot