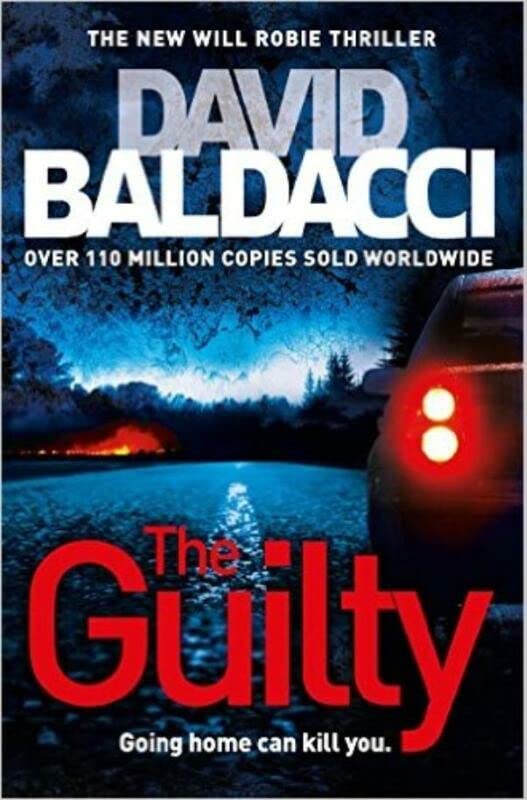 The Guilty by David Baldacci

A gripping Will Robie thriller from bestselling author David Baldacci

The Guilty by David Baldacci

Special Agent Will Robie left his hometown in Mississippi when he was a teenager. Its residents remember him as a wild sports star and girl-magnet. He left a lot of hearts broken, and a lot of people angry.

Now, over twenty years later, he's back. His estranged father, Dan, who is the local judge, has been arrested for murder and Will wonders if it's time to try to heal old wounds. A lot of bad blood has flowed between father and son, but Robie's fellow agent, Jessica Reel, persuades him to stick around and confront his demons.

Then another murder changes everything, and stone-cold killer Robie will finally have to come to grips with his toughest assignment of all. His family.

The Guilty is the fourth thriller in the Will Robie series by David Baldacci, following on from The Innocent, The Hit and The Target.

The page-turner of the season. * The Times *
Baldacci is still peerless. * Sunday Times *
One of the world's biggest-selling thriller writers, Baldacci needs no introduction . . . Brilliant plotting, heart-grabbing action and characters to die for. * Daily Mail *

GOR010490788
9781447277811
1447277813
The Guilty by David Baldacci
David Baldacci
Will Robie series
Used - Like New
Paperback
Pan Macmillan
2015-11-05
352
N/A
Book picture is for illustrative purposes only, actual binding, cover or edition may vary.
The book has been read, but looks new. The book cover has no visible wear, and the dust jacket is included if applicable. No missing or damaged pages, no tears, possible very minimal creasing, no underlining or highlighting of text, and no writing in the margins
Trustpilot