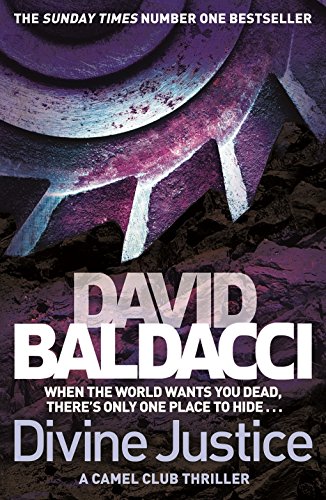 Following the success of The Camel Club, The Collectors and Stone Cold comes the next thrilling novel featuring Oliver Stone and his friends

The Camel Club - that informal band of conspiracy theorists who insisted on only one thing: the truth.

Their leader, Oliver Stone, is on the run. Now the most wanted man in America for serving up his own brand of justice with two pulls of a trigger.

But Stone's actions have come at a steep price; the assassinations he carried out have prompted a massive manhunt to be unleased. There are those in government with their own hidden agendas and will stop at nothing to track down their quarry and silence him forever.

As the net tightens and demons from his past resurface, the fugitive Stone finds himself fleeing towards a confrontation every bit as lethal as the one he is trying to escape . . .

Baldacci is a gifted storyteller and he knows how to keep the pages turning. * Associated Press *

GOR006327466
9781447274315
1447274318
Divine Justice by David Baldacci
David Baldacci
The Camel Club
Used - Very Good
Paperback
Pan Macmillan
2014-11-20
560
N/A
Book picture is for illustrative purposes only, actual binding, cover or edition may vary.
This is a used book - there is no escaping the fact it has been read by someone else and it will show signs of wear and previous use. Overall we expect it to be in very good condition, but if you are not entirely satisfied please get in touch with us
Trustpilot