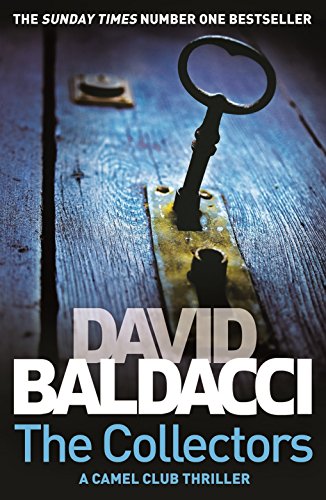 The Collectors by David Baldacci

The Collectors by David Baldacci

The mystery deepens in the gripping second novel in David Baldacci's Camel Club series, The Collectors.

Annabelle is a beautiful stranger with a mysterious past, planning the heist of the century - two short cons to fund a long con, then a life of unashamed luxury, incognito in a foreign land.

Jonathan DeHaven, the shy head of the Rare Books Division at the Library of Congress, is planning nothing more than an uneventful day amongst his cherished collection.

But when Jonathan is found dead by Caleb Shaw, a member of the Camel Club, two conspiracies are destined to meet as the Club determines to track down the dead man's long-lost wife - and Annabelle decides to avenge the death of her beloved ex-husband.

Unfortunately, the victim of Annabelle's long con has sworn eternal revenge and Jonathan's killers will stop at nothing to keep the truth about his death, and the code they have perfected over the years, from surfacing . . .

The Collectors is followed by Stone Cold, Divine Justice and Hell's Corner.

Baldacci is a gifted storyteller and he knows how to keep the pages turning. * Associated Press *

GOR006489149
9781447274292
1447274296
The Collectors by David Baldacci
David Baldacci
The Camel Club
Used - Very Good
Paperback
Pan Macmillan
2014-11-20
576
N/A
Book picture is for illustrative purposes only, actual binding, cover or edition may vary.
This is a used book - there is no escaping the fact it has been read by someone else and it will show signs of wear and previous use. Overall we expect it to be in very good condition, but if you are not entirely satisfied please get in touch with us
Trustpilot