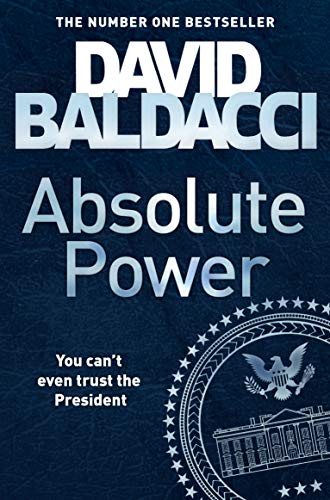 Set at the heart of political power in Washington DC, Absolute Power was the book which launched David Baldacci's career as a worldwide bestseller of thrilling fiction. The movie, starring Clint Eastwood, was a major box office success across the world.

In a heavily guarded mansion in the Virginian countryside, professional burglar and break-in artist, Luther Whitney, is trapped behind a one-way mirror. What he witnesses destroys his faith not only in justice, but all he holds dear.

What follows is an unthinkable abuse of power and a criminal conspiracy, as a breathtaking cover-up is set in motion by those appointed to work for one of the most important people in the world - the President of the United States.

One of the hottest reads around * Daily Mail *
Tears apart the conventions of contemporary thriller and rearranges them into a narrative of explosive tension and palpable menace * Sunday Express *
Baldacci is a first-rate storyteller who grabs readers by their lapels right away and won't let go until they've finished his enthralling yarn. * Publishers Weekly *

GOR007868412
9781447287520
1447287525
Absolute Power by David Baldacci
David Baldacci
Used - Very Good
Paperback
Pan Macmillan
2016-10-06
576
N/A
Book picture is for illustrative purposes only, actual binding, cover or edition may vary.
This is a used book - there is no escaping the fact it has been read by someone else and it will show signs of wear and previous use. Overall we expect it to be in very good condition, but if you are not entirely satisfied please get in touch with us
Trustpilot