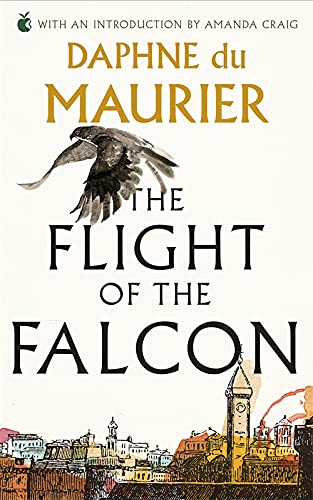 The Flight Of The Falcon by Daphne Du Maurier

A haunting thriller, set in Italy, from the mistress of suspense, Daphne du Maurier

The Flight Of The Falcon by Daphne Du Maurier

As a young guide for Sunshine Tours, Armino Fabbio leads a pleasant, if humdrum life - until he becomes circumstantially involved in the death of an old peasant woman in Rome.

The woman, he gradually comes to realise, was his family's beloved servant many years ago, in his native town of Ruffano. He returns to his birthplace, and once there, finds it is haunted by the phantom of his brother, Aldo, shot down in flames during the war.

Over five hundred years before, the sinister Duke Claudio, known as The Falcon, lived his twisted, brutal life, preying on the people of Ruffano.

But now it is the twentieth century, and the town seems to have forgotten its violent history. But have things really changed? The parallels between the past and present become ever more evident...


She wrote exciting plots, she was highly skilled at arousing suspense, and she was, too, a writer of fearless originality - Guardian

She wrote exciting plots, she was highly skilled at arousing suspense, and she was, too, a writer of fearless originality - GuardianOne of the last century's most original literary talents - Daily Telegraph

GOR000423649
9781844080700
1844080706
The Flight Of The Falcon by Daphne Du Maurier
Daphne Du Maurier
Virago Modern Classics
Used - Very Good
Paperback
Little, Brown Book Group
2005-03-03
320
N/A
Book picture is for illustrative purposes only, actual binding, cover or edition may vary.
This is a used book - there is no escaping the fact it has been read by someone else and it will show signs of wear and previous use. Overall we expect it to be in very good condition, but if you are not entirely satisfied please get in touch with us
Trustpilot