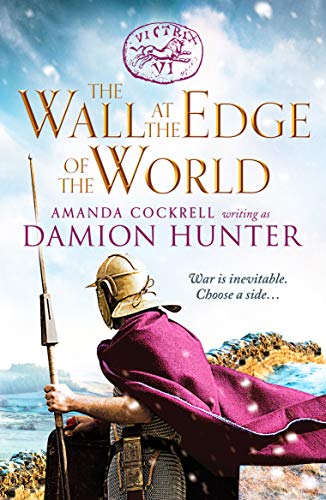 The Wall at the Edge of the World by Damion Hunter

The Wall at the Edge of the World: An unputdownable adventure in the Roman Empire by Damion Hunter

Save lives... Or take them? A gripping novel of the Roman frontier.

Army Medic Postumus Justinius Corvus is a long way from his native Britannia, in the Syrian provinces at the far corner of Empire. But now he is going home, unexpectedly promoted to Senior Surgeon in the Sixth.

The new Emperor faces problems in the far flung island at the edge of Empire. Trouble is brewing north of the Wall. The tribes are stirring, a new conflict is brewing, old and new loyalties will be tested.

Postumus will find himself at the heart of the maelstrom - and with his hands soaked in blood...

Deeply researched and utterly enthralling, this is a searing historical epic perfect for fans of Ben Kane, Conn Iggulden and Bernard Cornwell.

Praise for The Wall at the Edge of the World

'A fine mix of story and history, and the author manages to shed light on a period when the Roman Empire flexed its muscles at the edge of the world' Historical Novel Society

Damion Hunter is a pseudonym of Amanda Cockrell. Along with the Centurions Trilogy, she is also the author of Pomegranate Seed, What We Keep Is Not Always What Will Stay, the historical trilogies The Deer Dancers and The Horse Catchers, and The Legions of the Mist, a Roman historical adventure novel. She lives in Roanoke, Virginia.

GOR010915842
9781800320260
1800320264
The Wall at the Edge of the World: An unputdownable adventure in the Roman Empire by Damion Hunter
Damion Hunter
Used - Very Good
Paperback
Canelo
2020-10-15
368
N/A
Book picture is for illustrative purposes only, actual binding, cover or edition may vary.
This is a used book - there is no escaping the fact it has been read by someone else and it will show signs of wear and previous use. Overall we expect it to be in very good condition, but if you are not entirely satisfied please get in touch with us
Trustpilot