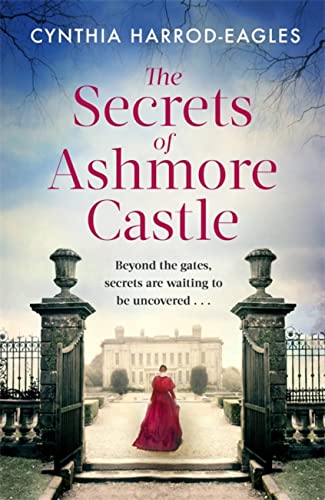 The Secrets of Ashmore Castle by Cynthia Harrod-Eagles

The first in a brand new historical family drama series, set at the turn of the twentieth century, by the author of the acclaimed Morland Dynasty novels.

The Secrets of Ashmore Castle: a gripping and emotional historical drama for fans of DOWNTON ABBEY by Cynthia Harrod-Eagles

The brand new series, perfect for fans of DOWNTON ABBEY, from the author of the hugely successful MORLAND DYNASTY novels

Behind the doors of the magnificent Ashmore Castle, secrets are waiting to be uncovered . . .

1901. When the Earl of Stainton dies in a tragic hunting accident, Giles, the eldest son of the noble Tallant family, must step forward to replace him as the head of the family. But Giles has avoided the Castle and his stifling relatives for years, deciding instead to forge his own path away from the spotlight. Now, he must put aside his ambitions and honour his duty to the family.

With their world upended, the Tallants and their servants struggle to find their place in the house - and society - once again. And Giles realises that, along with the title and the castle, he's also inherited his father's significant financial troubles that threaten the security of his entire family.

In Kensington, Kitty Bayfield, the painfully shy but moneyed daughter of a Baronet, has just left school with her penniless companion Nina. Nina captures the new Earl's heart, but only Kitty can save his family from their debts, and soon Giles must choose between his duty and his heart . . .

The Secrets of Ashmore Castle is the first in a brand new historical family drama series, filled with heartbreak, romance and intriguing secrets waiting to be uncovered. The perfect read for fans of Downton Abbey, Bridgerton and rich period dramas

Cynthia Harrod-Eagles is the author of the hugely popular Morland Dynasty novels, which have captivated and enthralled readers for decades. She is also the author of the contemporary Bill Slider mystery series, as well as her recent series, War at Home, which is an epic family drama set against the backdrop of World War I. Cynthia's passions are music, wine, horses, architecture and the English countryside.
NGR9780751581805
9780751581805
0751581801
The Secrets of Ashmore Castle: a gripping and emotional historical drama for fans of DOWNTON ABBEY by Cynthia Harrod-Eagles
Cynthia Harrod-Eagles
Ashmore Castle
New
Paperback
Little, Brown Book Group
2022-06-09
528
N/A
Book picture is for illustrative purposes only, actual binding, cover or edition may vary.
This is a new book - be the first to read this copy. With untouched pages and a perfect binding, your brand new copy is ready to be opened for the first time
Trustpilot