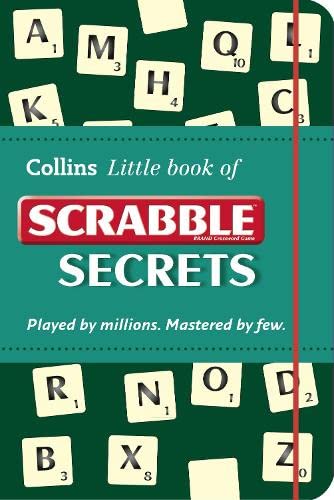 Inside the covers of this little book lie the secrets of Britain's only ever Scrabble World Champion.

Inside the covers of this little book lie the secrets of Britain's only ever Scrabble World Champion.

Scrabble is played by millions but mastered by very few and unless you're a Scrabble player who likes to lose, this book is a must. In it Mark Nyman spells out the most useful two letter words, what to do when you have a case of irritable vowel syndrome, strategies for how to get off to a flying start and lists our language's strangest and most unbelievably useful words. Between these golden tips come anecdotes and words of wisdom from a lifetime at the top.

Beautifully produced, Collins Little Book of Scrabble (TM) Secrets is a treasure in itself and makes a perfect gift. Be careful who you give it to though; you might find yourself scrabbling around in their dust when next you play!

At the age of sixteen Mark appeared on Countdown and a year later became the show's first ever Champion of Champions. In 1993 Mark won the World Scrabble Championship and remains the only British person to have done so.

Pioneers in dictionary publishing since 1819

GOR003495192
9780007443147
0007443145
Scrabble Secrets (Collins Little Books) by Collins Dictionaries
Collins Dictionaries
Collins Little Books
Used - Very Good
Paperback
HarperCollins Publishers
2011-10-06
128
N/A
Book picture is for illustrative purposes only, actual binding, cover or edition may vary.
This is a used book - there is no escaping the fact it has been read by someone else and it will show signs of wear and previous use. Overall we expect it to be in very good condition, but if you are not entirely satisfied please get in touch with us
Trustpilot