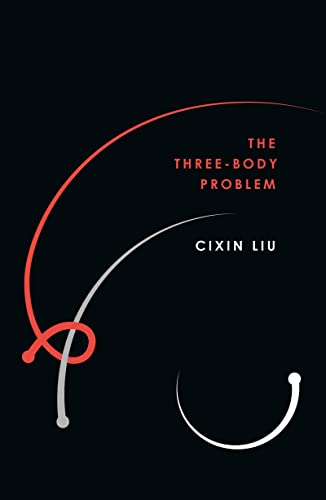 After a spate of apparent suicides among elite scientists, nanotech engineer Wang Miao is asked to infiltrate a secretive cabal. During his investigation, Wang is inducted into a mysterious online game that is the key to humanity's place in the cosmos and the key to the extinction-level threat it now faces.

Read the award-winning, critically acclaimed, multi-million-copy-selling science-fiction phenomenon - soon to be a Netflix Original Series from the creators of Game of Thrones.

1967: Ye Wenjie witnesses Red Guards beat her father to death during China's Cultural Revolution. This singular event will shape not only the rest of her life but also the future of mankind.

Four decades later, Beijing police ask nanotech engineer Wang Miao to infiltrate a secretive cabal of scientists after a spate of inexplicable suicides. Wang's investigation will lead him to a mysterious online game and immerse him in a virtual world ruled by the intractable and unpredictable interaction of its three suns.

Praise for The Three-Body Problem: 'Your next favourite sci-fi novel' Wired
'Immense' Barack Obama
'Unique' George R.R. Martin
'SF in the grand style' Guardian
'Mind-altering and immersive' Daily Mail
Winner of the Hugo and Galaxy Awards for Best Novel
'A unique blend of scientific and philosophical speculation, politics and history, conspiracy theory and cosmology' -- George R.R. Martin
'Wildly imaginative, really interesting... The scope of it was immense' -- Barack Obama
'A milestone in Chinese science fiction' * New York Times *
'A marvellous melange of awe-inspiring scientific concepts, clever plotting and quirky yet plausible characters' * TLS *
'China's answer to Arthur C. Clarke' * The New Yorker *
'Even what doesn't happen is epic' * London Review of Books *
Cixin Liu began his massively ambitious trilogy with this dazzling work of SF... Hard to sum up in a few short lines, but one you read it you'll be doing your best to tell everyone else to follow suit' * SciFiNow *
'This is the first of a trilogy that begins in the Sixties and reaches a shattering climax 18,906,416 years later, by which time the war for Earth has, quite literally, acquired new dimensions' * The Times *
'The most amazing story. You learn so much' * Daily Mirror *
'If you like science fiction, this is one of the best science fiction stories written ever' -- Ben Miller
Cixin Liu is China's #1 SF writer and author of The Three-Body Problem - the first ever translated novel to win a Hugo Award. Prior to becoming a writer, Liu worked as an engineer in a power plant in Yangquan. Ken Liu is an award-winning American author of speculative fiction. His collection, The Paper Menagerie and Other Stories, has been published in more than a dozen languages. Liu's other works include The Grace of Kings, The Wall of Storms, and Star Wars tie-in The Legends of Luke Skywalker, and a second collection The Hidden Girl and Other Stories. He has been involved in multiple media adaptations of his work including the short story 'Good Hunting', adapted as an episode in Netflix's animated series Love, Death + Robots; and AMC's Pantheon, adapted from an interconnected series of short stories. 'The Hidden Girl', 'The Message', and The Grace of Kings have also been optioned for development. Liu previously worked as a software engineer, corporate lawyer, and litigation consultant. He frequently speaks at conferences and universities on topics including futurism, cryptocurrency, the mathematics of origami, and others. Liu lives with his family near Boston, Massachusetts.
GOR009859199
9781788543002
1788543009
The Three-Body Problem by Cixin Liu
Cixin Liu
The Three-Body Problem
Used - Very Good
Paperback
Head of Zeus
20180906
448
Winner of Hugo Award Best Novel 2015 (United States)
Book picture is for illustrative purposes only, actual binding, cover or edition may vary.
This is a used book - there is no escaping the fact it has been read by someone else and it will show signs of wear and previous use. Overall we expect it to be in very good condition, but if you are not entirely satisfied please get in touch with us
Trustpilot