I Love the Bones of You Christopher Eccleston 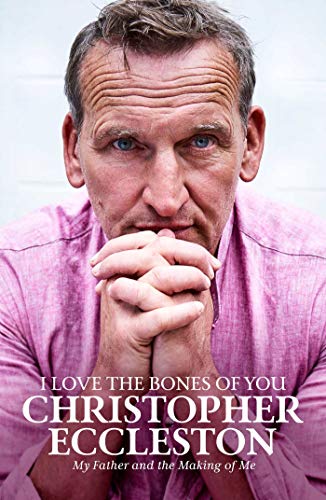 I Love the Bones of You by Christopher Eccleston

A son. A father he adores. A profession he loves, and, a disease that destroys. The painful and life-changing journey one of Britain's finest actors takes as his late father struggles with dementia.

I Love the Bones of You: My Father And The Making Of Me by Christopher Eccleston

Be it as Nicky Hutchinson in Our Friends In The North, Maurice in The A Word, or his reinvention of Doctor Who, one man, in life and death, has accompanied Christopher Eccleston every step of the way - his father Ronnie. In I Love The Bones Of You, Eccleston unveils a vivid portrait of a relationship that has shaped his entire career trajectory, mirroring and defining his own highs and lows, from stage and screen triumph to breakdown, anorexia, self-doubt, and a deep belief in the basic principles of access and equality denied to generations. The actor reveals how his background in Salford, and vision of a person, like millions, denied their true potential, shaped his desire to make drama forever entwined with the marginalised, the oppressed, and the outsider.

Movingly, and in scenes sadly familiar to increasing numbers, Eccleston also describes how the tightening grip of dementia on his father slowly blinded him to his son's existence, forcing a new and final chapter in their connection, and how 'Ronnie Ecc' still walks alongside him today. Told with trademark honesty and openness, I Love The Bones Of Youis a celebration of those on whom the spotlight so rarely shines, as told by a man who found his voice in its glare. A love letter to one man, and a paean to many.

'My father was an "ordinary man", which of course means he was extraordinary. I aim to capture him and his impact on my life and career.' - Christopher Eccleston

'We know what to expect from the autobiographies of most actors, I think: anecdotes, charm, more than mild self-satisfaction and faux-modesty by the bucketload. But Christopher Eccleston is not most actors, and his autobiography is not most autobiographies. This is a superb book, full of revelations, as intense and tortured as its writer and not an easy ride at all.' -- Marcus Berkmann * Daily Mail *
'The book I'd most like to find under my tree is Christopher Eccleston's memoir I Love the Bones of You, which talks about his beloved dad and Christopher's history of anorexia and depression. He was a guest on my show and made such an impact.' -- Lorraine Kelly * Woman & Home *
'The actors book prompted headlines because he writes of his struggle with anorexia but it is about so much more, particularly his relationship with his father, which has shaped his entire career. A million miles from the usual celebrity memoir.' -- Books of the Year * Mail On Sunday *
Salford-born Christopher Eccleston is one of the country's most highly regarded actors working today. He is the recipient of an Emmy Award and two BAFTA Award nominations, and is best known for his work on television and in film - in particular for his collaborations with directors such as Danny Boyle and Michael Winterbottom and writers Peter Flannery, Jimmy McGovern and Russell T. Davies. He currently stars in the BBC drama The A Word, and was recently seen on stage with the Royal Shakespeare Company in the leading role of Macbeth.
GOR010045397
9781471176319
1471176312
I Love the Bones of You: My Father And The Making Of Me by Christopher Eccleston
Christopher Eccleston
Used - Very Good
Hardback
Simon & Schuster Ltd
2019-09-19
336
N/A
Book picture is for illustrative purposes only, actual binding, cover or edition may vary.
This is a used book - there is no escaping the fact it has been read by someone else and it will show signs of wear and previous use. Overall we expect it to be in very good condition, but if you are not entirely satisfied please get in touch with us
Trustpilot