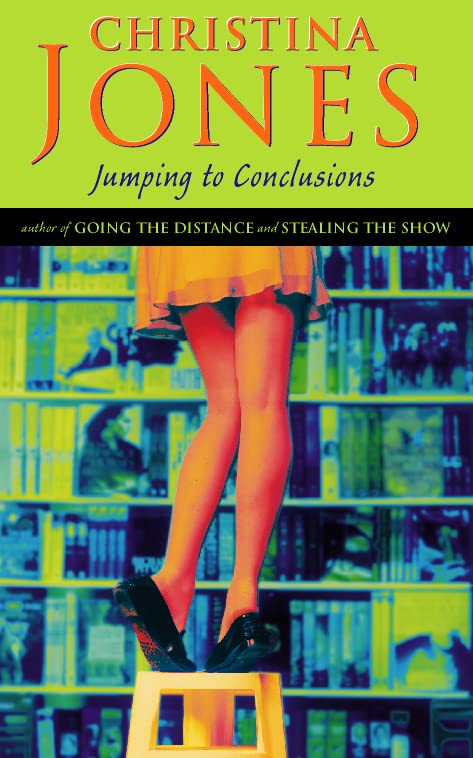 Jumping to Conclusions by Christina Jones

Another enchanting, romantic novel, following the fortunes of the characters from her bestselling Going the Distance.

Jumping to Conclusions by Christina Jones

Another enchanting, romantic novel, following the fortunes of the characters from her bestselling Going the Distance.

Jemima Carlisle started by having a bad month - being made redundant, having nowhere to live, worrying about her bankrupt father.

Her decision to take up village life, rent a room in the local vicar's house, and work at the local cafe did not work out as the peaceful life she had thought. The village was a centre for stables, with a couple of Grand National favourites - and Jemima hated horses for a very personal reason. And the enterprise of opening a local bookshop led her straight into village controversy.

The target of one group's fatwa, the sharer of the vicar's wife's dark secrets, the piggy in the middle of a tempestuous relationship might have been enough for Jemima, but the arrival of her father with some new money-making scam, and the attempts by various local talents among the jockeys to alter her views on horse-racing, made her realise that one should never jump to conclusions.

Christina Jones, brought up in a circus family, wrote short stories for some time before being encouraged to write her first novel, Going the Distance, which became a highly successful WHS Fresh Talent entry. She is married and lives outside Oxford. This is her fourth novel.

GOR001617501
9780006513438
0006513433
Jumping to Conclusions by Christina Jones
Christina Jones
Used - Very Good
Paperback
HarperCollins Publishers
1999-08-02
512
N/A
Book picture is for illustrative purposes only, actual binding, cover or edition may vary.
This is a used book - there is no escaping the fact it has been read by someone else and it will show signs of wear and previous use. Overall we expect it to be in very good condition, but if you are not entirely satisfied please get in touch with us
Trustpilot