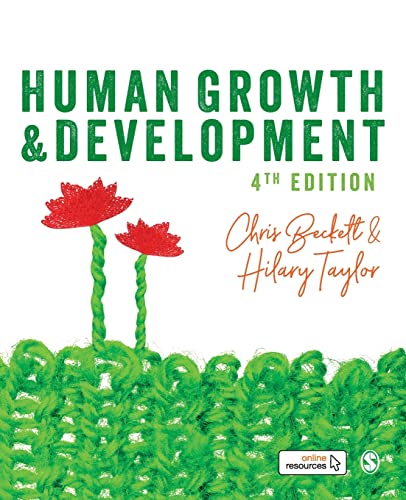 Written for students training for careers in the helping professions, this Fourth Edition covers all the essential topics central to understanding people whether they are clients, service users, patients or pupils. Following the shape of a human life, beginning with birth and ending with death, it combines theoretical concepts and reflective learning to help your students develop an understanding of what makes us grow and change over our lives.

The NEW Online Case Study Resource - Tangled Webs
Now you and your students can explore key issues and themes raised in the book and develop the skill of linking theory to practice with free access to a new online case study resource. By following the lives of people living in the fictional London Borough of Bexford, this series of interlinked and extended case studies will allow your students to explore complex situations, much as they might do as practitioners in their working lives, and consider what ideas about Human Growth and Development might inform their thinking and practice.

To comprehend applied theory, social work students need clear explanations and illustrative real-world examples. Beckett and Taylor successfully achieve this throughout their book and online content. Indeed, the addition of the online material Tangled Webs is a stroke of brilliance. Real lives are complex and interconnected; and this is expounded in the narrative of a fictional community, presented from diverse perspectives.

This book is an excellent resource for students and tutors interested in how human beings learn and develop, and it is further enhanced through access to the Tangled Webs case studies. They are rich and diverse requiring the reader to challenge their assumptions and reflect on practice; thus supporting multi-professional development.


-- Samantha McMahon
Chris Beckett qualified as a social worker in the 1980s, and worked in the field for 18 years, first as a social worker and then as a manager, latterly as the manager of a children and families social work team. Like most social workers who qualified at that time, he started out as a 'generic' social worker, working with a range of service users including children and families, old people, and people with mental health problems and disabilities, but his predominant area of work was with children and families. He moved into academic social work in 2000, working first at Anglia Ruskin University in Cambridge and then at the University of East Anglia in Norwich. In addition to his social work text books, he has published academic articles on a variety of topics including the use of military language in social work, the importance of realism as an ethical principle, and statistics from Sweden about child abuse, following the legal ban there on corporal punishment. His main research area, however, has been decision-making in court proceedings about children, and decision-making about children more generally. Chris has a parallel career as a writer of literary science fiction. (More information about his fiction can be found at www.chris-beckett.com.) He won the Edge Hill Short Fiction prize for his story collection, The Turing Test, and the Arthur C. Clarke award for his novel Dark Eden. He is now a full-time writer. His view is that 'academic' and 'creative' writing have more in common than might at first sight appear: in both cases the author begins with a jumble of ideas that seem to him to be in some way linked together, and attempts, in large part by a combination of intuition and trial and error, to impose some shape and structure. Chris has three adult children, and lives in Cambridge with his wife Maggie and sundry animals. Hilary Taylor is a psychoanalytic psychotherapist and a former social worker, social work lecturer and practice teacher.
Chapter 1: The Birth of a Human Being: What makes us who we are? Chapter 2: The Balancing Act: Psychodynamic insights Chapter 3: A Secure Base: The importance of attachment Chapter 4: The Emergence of Reason: The developing ability to understand Chapter 5: Making Connections: Ideas from behaviourism Chapter 6: Who Am I Going to Be? Adolescence, identity and change Chapter 7: Acting like a Grown-up: Challenges of adulthood Chapter 8: Access to Adulthood: Growing up with a disability Chapter 9: No Man is an Island: Family systems and their life cycle Chapter 10: It Takes a Village: A sociological perspective Chapter 11: Coming to a Conclusion: Dimensions of old age Chapter 12: That Good Night: Death, dying and bereavement
NGR9781526436481
9781526436481
1526436485
Human Growth and Development by Chris Beckett
Chris Beckett
New
Paperback
SAGE Publications Ltd
20190401
296
null null null null null null null null null null
Book picture is for illustrative purposes only, actual binding, cover or edition may vary.
This is a new book - be the first to read this copy. With untouched pages and a perfect binding, your brand new copy is ready to be opened for the first time
Trustpilot