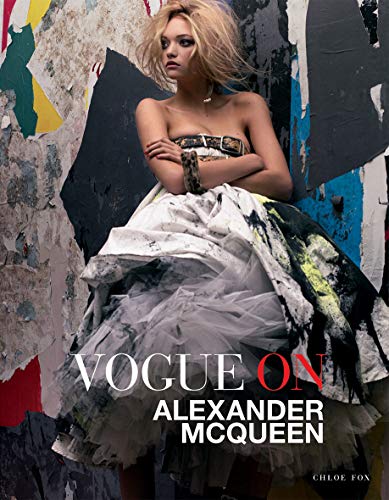 From the controversy of his early shows to the elegiac perfection of his last, Alexander McQueen was British fashion's most significant figure. His extraordinary career, which took him from humble beginnings as an apprentice on Savile Row to the creative dictatorship of his own global brand, is a story of hard work.

Alexander (Lee) McQueen was - for the 15 years that he stood at its helm - British fashion's most significant figure.

His extraordinary career, which took him from humble beginnings as an apprentice on Savile Row to the creative directorship of his own global brand, is a story of hard work, ambition and visionary brilliance. Leading photographers such as Mario Testino and Corinne Day photographed his stunning designs for Vogue, and through them Alexander McQueen's career is presented - from the controversy of his early shows to the elegiac perfection of his last - with a particular emphasis on the evolution of his signature style: immaculate tailoring, slashed fabric, historical references and beauty in the macabre.

The book shows that McQueen's own ambition was fully realised: 'I want to be the purveyor of a certain silhouette or a way of cutting so that, when I'm dead and gone, people will know that the Twenty-first Century was started by Alexander McQueen'.

Vogue, the international fashion bible, has charted the careers of designers through the decades. Its unique archive of photographs, taken by the leading photographers of the day from Cecil Beaton to Mario Testino, and original illustrations, together with its stable of highly respected fashion writers, make Vogue the most authoritative and prestigious source of reference on fashion. With a circulation of over 160,000 and a readership of over 1,400,000, no brand is better positioned to present a library on the great fashion designers of the modern age.

Chloe Fox is a writer for Vogue, the Telegraph magazine, The Observer, Harper's Bazaar and Vanity Fair. She was formerly Features Associate of British Vogue, and is currently working on her first novel.
GOR005396192
9781849491136
1849491135
Vogue on: Alexander McQueen by Chloe Fox
Chloe Fox
Vogue on Designers
Used - Very Good
Hardback
Quadrille Publishing Ltd
20120913
160
N/A
Book picture is for illustrative purposes only, actual binding, cover or edition may vary.
This is a used book - there is no escaping the fact it has been read by someone else and it will show signs of wear and previous use. Overall we expect it to be in very good condition, but if you are not entirely satisfied please get in touch with us
Trustpilot