Sorcery of a Queen Brian Naslund 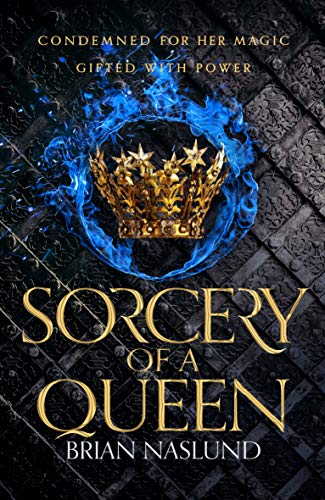 Sorcery of a Queen by Brian Naslund

Bershad's kingdom is facing war, as the dragon-slayer hides a great secret. This is the epic sequel to Blood of an Exile, and as John Gwynne said of book one: 'it doesn't get much cooler than this'

Sorcery of a Queen by Brian Naslund

Dragon-slayers don't expect to survive to retirement age, but Bershad has unexpectedly thrived. Yet this very notoriety may be his downfall. Sorcery of a Queen is book two in the adventurous Dragons of Terra trilogy.

Change is coming - but will they survive the storm?

The dragonslayer Bershad and Queen Ashlyn are facing the greatest challenge of their lives.

Branded the Witch Queen and driven from her kingdom, Ashlyn flees to her mother's people. Yet she won't be beaten, resolving to master magical feats long thought impossible. But this could have unforeseen consequences. Meanwhile, Bershad has learnt why he seems invincible - and that he's living on borrowed time. However, he remains determined to help Ashlyn regain her throne.

They will face a foreign emperor, commanding an army equipped with terrifying new weaponry. This aggressor will do anything to crush Ashlyn's land, and claim its prized dragons. So to save her kingdom, both queen and dragonslayer must attempt the impossible to prevail.

'Exciting, epic and wonderfully told, full of subtle humour and laugh laugh-out-loud lines' - Angus Watson on Blood of an Exile

I had a great time with Blood of an Exile - it's a fast, fun fantasy full of dragons and traitors, humor and bloody action. Fans of Joe Abercrombie's First Law or Michael Sullivan's Riyria Revelations will love Brian Naslund's debut -- Django Wexler on Blood of an Exile

-- Sebastien de Castell on Blood of an Exile

A page-turning, action-packed tale full of memorable characters, set within a world full of dragons . . . It doesn't get much cooler than this

-- John Gwynne on Blood of an Exile
Exciting, epic and wonderfully told, full of subtle humour and laugh laugh-out-loud lines -- Angus Watson on Blood of an Exile
Blood of an Exile is a thrilling, action-packed rollercoaster ride of a dark fantasy debut and I devoured the four hundred plus pages in three days . . . a darkly-tinged mixture of John Gwynne's Of Blood and Bone and Andrzej Sapkowski's The Witcher Saga -- Grimdark Magazine on Blood of an Exile
Naslund succeeds in creating a page-turning, edge-of-your-seat read that breathes new (fiery) life into dragon mythology. Top-notch adventure fantasy - a stand-up-and-applaud debut -- Kirkus Reviews on Blood of an Exile
Brian is an American fantasy author based in Boulder, Colorado. Blood of an Exile is his debut novel, and the first in the Dragons of Terra series. He grew up in Maryland and studied English at Skidmore College in New York. Brian is now a product director for a tech company, and first started writing about dragons to escape the crushing boredom of his incredibly long bus commute. When he's not writing, he's usually griping about video games on Twitter, hiking with his dog, Lola, or whitewater kayaking in the mountains. The last activity makes his mother very nervous.
NGR9781529016178
9781529016178
1529016177
Sorcery of a Queen by Brian Naslund
Brian Naslund
Dragons of Terra
New
Hardback
Pan Macmillan
2020-08-06
480
N/A
Book picture is for illustrative purposes only, actual binding, cover or edition may vary.
This is a new book - be the first to read this copy. With untouched pages and a perfect binding, your brand new copy is ready to be opened for the first time
Trustpilot