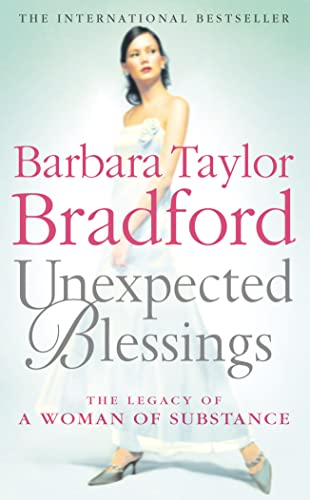 The great-grandaughters of Emma Harte, the heroine of A Woman of Substance and Emma's Secret, follow in her legendary footsteps...

The great-grandaughters of Emma Harte, the heroine of A Woman of Substance and Emma's Secret, follow in her legendary footsteps...

Evan Hughes, Emma's American great-grandaughter, is trying to integrate into the powerful Harte family. She is caught between her estranged parents, her new family, and new love. Meanwhile a dangerous enemy hovers in the background.

Linnet O'Neill, the most brilliant businesswoman of the four great-granddaughters, is the natural heir to her mother, Paula. But her glittering future at the helm of the vast Harte empire means many sacrifices.

India Standish, the traditionalist in the family, falls in love with a famous British artist from a working-class background. Madly in love, India is determined to marry him.

When Evan discovers letters from Emma Harte to her grandmother, the story is swept back to the 1950s. But it is the revelations in Emma's letters to her grandmother that give Evan a new perspective and help to set her free from her own past.

This latest dramatic story in the on-going saga of an extraordinary family dynasty is full of love, passion and jealousy and is Barbara Taylor Bradford at her inimitable best.

'Queen of the genre.' Sunday Times

`Few novelists are as consummate as Barbara Taylor Bradford at keeping the reader turning the page. She is one of the world's best at spinning yarns.' Guardian

`The storyteller of substance.' The Times

GOR000502246
9780006514428
0006514421
Unexpected Blessings by Barbara Taylor Bradford
Barbara Taylor Bradford
Used - Very Good
Paperback
HarperCollins Publishers
2004-12-15
640
N/A
Book picture is for illustrative purposes only, actual binding, cover or edition may vary.
This is a used book - there is no escaping the fact it has been read by someone else and it will show signs of wear and previous use. Overall we expect it to be in very good condition, but if you are not entirely satisfied please get in touch with us
Trustpilot