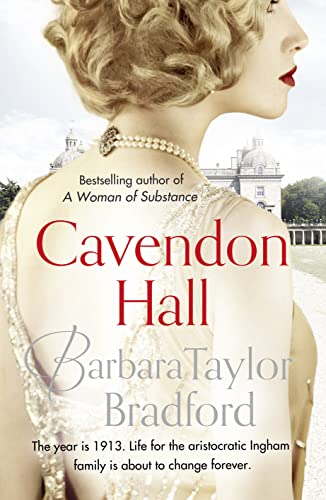 Opening on the eve of the First World War, set around a stately home, Cavendon Hall, its owners the aristocratic Ingham family and the Swann family who serves them.

Opening on the eve of the First World War, set around a stately home, Cavendon Hall, its owners the aristocratic Ingham family and the Swann family who serves them.

Two entwined families: the aristocratic Inghams and the Swanns who serve them. The Earl and Countess rely on their faithful retainers Alice and Walter Swann as their young family grows up.

A society beauty: Lady Daphne Ingham is the most beautiful of the Earl's four daughters. Being presented at Court and making a glittering marriage is her destiny.

But in the summer of 1913, a devastating event changes her future forever, and threatens the Ingham name. Yet life as the families of Cavendon Hall know it - Royal Ascot, supper dances, grouse season feasts and a full servants' hall - is about to alter beyond recognition as the storm clouds of war gather.

Barbara Taylor Bradford was born in Leeds, and by the age of twenty was an editor and columnist on Fleet Street. Her first novel, A Woman of Substance, became an enduring bestseller and was followed by many more. Her books have sold more than eighty-five million copies worldwide in more than ninety countries and forty languages, and ten mini-series and television movies have been made of her books.

GOR011039931
9780007503162
0007503164
Cavendon Hall (Cavendon Chronicles, Book 1) by Barbara Taylor Bradford
Barbara Taylor Bradford
Cavendon Chronicles
Used - Like New
Hardback
HarperCollins Publishers
2014-01-20
464
N/A
Book picture is for illustrative purposes only, actual binding, cover or edition may vary.
The book has been read, but looks new. The book cover has no visible wear, and the dust jacket is included if applicable. No missing or damaged pages, no tears, possible very minimal creasing, no underlining or highlighting of text, and no writing in the margins
Trustpilot