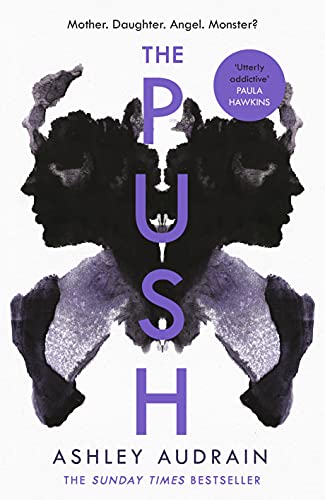 The Push by Ashley Audrain

'A blockbusting debut about the dark side of motherhood. Gripping, clever, vividly realised . . . the ending left me flabbergasted' GUARDIAN

'I read it in one sitting. Not to be missed' LISA JEWELL

The arrival of baby Violet was meant to be the happiest day of my life. But as soon as I held her in my arms I knew something wasn't right.

I had always known that the women in my family aren't meant to be mothers.

My husband Fox says I'm imagining it. He tells me I'm nothing like my own mother, and that Violet is the sweetest child.

But she's different with me. Something feels very wrong.

The Push is an unsettling, breathtaking and powerful read about obsession and our deepest fears that will stay with you long after you turn the final page.

'A suspenseful thriller. Will have you in its grips from the very first page - and stay with you long after you've put it down. Do not miss' Heat

'The most thought-provoking exploration of motherhood since We Need to Talk About Kevin' Clare Pooley, bestselling author of The Authenticity Project

'Fans of 'mum noir' are in for a treat' Daily Mail

**Soon to be adapted for the screen by the producer of Once Upon a Time...in Hollywood, Marriage Story and Gravity**
_________

'Suspenseful with extreme We Need To Talk About Kevin vibes, this is the Book Club Book that'll have everyone talking next year'
Grazia, 'Best Books of 2021'