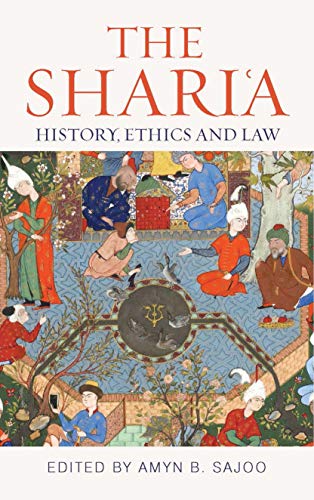 The Shari'a by Amyn Sajoo

The Shari'a: History, Ethics and Law by Amyn Sajoo

2019 Choice Outstanding Academic title I.B.Tauris in association with the Institute of Ismaili Studies Why is the term shari?a-the mention of which conjures up images of a politicised religion in many parts of the world-understood in the ways that it is today? For Muslims and non-Muslims alike, much is read into this term, often with scant regard for its historical, cultural or theological underpinnings. The politics of identity has a profound effect on contemporary life, both secular and religious, and this includes our understandings of the shari?a. Yet at the core of this concept, for Muslims, is the quest for a moral compass by which to navigate a path through life (Qur'an, 45:18), informed deeply by revelation and its interpretation by the Prophet Muhammad as well as his closest Companions. Built on this foundation is an ongoing human endeavour to grasp and lend expression to that teaching-elaborately in law, but no less so in devotional, ethical and customary practices in diverse Shi?i and Sunni Muslim communities, including in the West. Popular myths about the shari?a - that it is divine law, that it is contained in a single code recognised by all Muslims, that it is about controlling behavior, that it `defines' Islam - are challenged in this volume by leading scholars, with a view to illuminating how we arrived here and where we might be headed. The claims of the modern state as the custodian of the shari?a are put into perspective, alongside the vital role of a pluralist civil society. From bioethics, human development, family law and finance to constitutional and human rights issues, this fifth volume in the Muslim Heritage Series offers an accessible account of the ideals and realities of the shari?a. As such, it will appeal not only to specialists in the humanities and social sciences, but also to the general reader with an interest in global affairs and informed citizenship.
Each essay includes helpful suggestions for further reading. This book opens the way to a new inquiry: Shari'a as the linking of divine will and human good. It makes for excellent reading and thinking ... Summing Up: Highly recommended. * CHOICE *
Successfully [conjoins] the rich, sometimes turbulent, development of Islamic history, juristic tradition, philosophy and Islamic thought in an accessible and excellent manner, notwithstanding the different specialties/approaches of the authors ... I would recommend this collection to other students and specialists in the humanities and social sciences, and for the general reader to gain insight into the prospective role and application of the Shari'ah in the modern world. * The Muslim World Book Review *
Amyn B. Sajoo is Scholar-in-Residence at Simon Fraser University's Centre for the Comparative Study of Muslim Societies and Cultures in Vancouver, and the chief editor of the Muslim Heritage Series, in which this is the fifth volume. He has taught at McGill, the University of British Columbia, and the Institute of Ismaili Studies, London, and has held visiting fellowships in the Middle East, Southeast Asia, and at Cambridge. A specialist in law, ethics and civil society, he has published Pluralism in Old Societies and New States (1994) and Muslim Ethics: Emerging Vistas (2004), and edited several books including A Companion to Muslim Cultures (2011), Muslim Modernities: Expressions of the Civil Imagination (2008), and Civil Society in the Muslim World: Contemporary Perspectives (2002).
1. Introduction: A Multifaceted Venture - Amyn B. Sajoo; 2. Foundations - Khaled Abou al Fadl; 3. Recovering the Ethical - Ebrahim Moosa; 4. Sustaining and Enhancing Life - Karim H. Karim; 5. Spiritual Refinement - Sa'diyya Shaikh; 6. Women's Equality - Ziba Mir-Hosseini; 7. Family Law to Finance - Mohamed Keshavjee & Raficq Abdulla; 8. Bioethics - Amyn B. Sajoo; 9. Legitimizing Authority - Amaan Merali; 10. Democratisation and Shari?a: The Indonesian Experience - Carool Kersten; 11. Shari?a in the Western Landscape - Nicholas Ahrony & Rex Ahdar; 12. Secularism and the Shari?a: Lessons from an Ontario Debate - Jennifer Selby.
NPB9781788313162
9781788313162
178831316X
The Shari'a: History, Ethics and Law by Amyn Sajoo
Amyn Sajoo
Muslim Heritage
New
Hardback
Bloomsbury Publishing PLC
2018-03-05
272
N/A
Book picture is for illustrative purposes only, actual binding, cover or edition may vary.
This is a new book - be the first to read this copy. With untouched pages and a perfect binding, your brand new copy is ready to be opened for the first time
Trustpilot