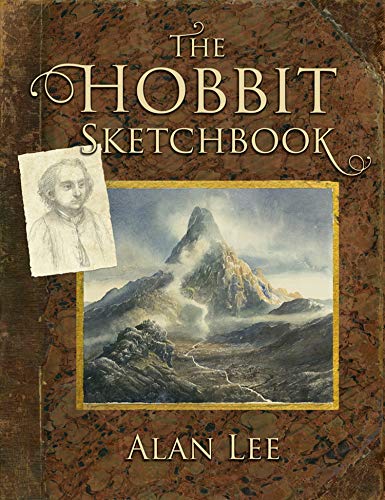 The Hobbit Sketchbook by Alan Lee

This richly illustrated book celebrates in words and pictures the beautiful work that award-winning artist Alan Lee produced for J.R.R. Tolkien's The Hobbit, and includes dozens of brand-new paintings and pencil drawings exploring the world of Bilbo Baggins.

The Hobbit Sketchbook by Alan Lee

This richly illustrated book celebrates in words and pictures the beautiful work that award-winning artist Alan Lee produced for J.R.R. Tolkien's The Hobbit, and includes dozens of brand-new paintings and pencil drawings exploring the world of Bilbo Baggins.

Since The Hobbit was first published in 1937, generations of readers have fallen under its spell. That magic was reignited sixty years later, when Alan Lee was commissioned to produce a special illustrated edition, and his delicate pencil drawings and beautiful watercolour paintings have become for many the definitive vision of J.R.R. Tolkien's Middle-earth.

In this sumptuous, large-format hardback Alan Lee reveals in pictures and in words how he created these images, which would prove so powerful, matching perfectly with Tolkien's own vision, that they would eventually define the look of Peter Jackson's film adaptations and earn Alan a coveted Academy Award.

The Hobbit Sketchbook is filled with more than 100 of his sketches and early conceptual pieces that reveal how the project progressed from idea to finished art. It also contains a wealth of brand-new full-colour paintings and sketches drawn specially for this book, which unlock the secrets of how Alan creates his own magic and provide a fascinating insight into the imagination of the man who breathed new life into Tolkien's vision.

'Alan Lee's artwork has a beauty and lyricism about it. His art captured what I hoped to capture with the films.'
Peter Jackson

Praise for the 'Great Tales' trilogy:
'[The Children of Hurin is] the darkest of all Tolkien's tales. Alan Lee's illustrations complement the writing splendidly.'
Times Literary Supllement

'Critical moments are caught [in Beren and Luthien], as in The Children of Hurin, by Alan Lee's nine outstanding colour plates.'
Times Literary Supplement

Alan Lee was born in Middlesex in 1947. His illustrated books include Faeries (with Brian Froud), Castles and Merlin Dreams, and the three 'Great Tales' of Middle-earth: The Children of Hurin, Beren and Luthien, and The Fall of Gondolin. He has worked on such prestigious films as Erik the Viking (Terry Gilliam), Legend (Ridley Scott), and the acclaimed NBC miniseries Merlin. He is best known, however, for his work on the books The Hobbit and The Lord of the Rings, and now the film versions.