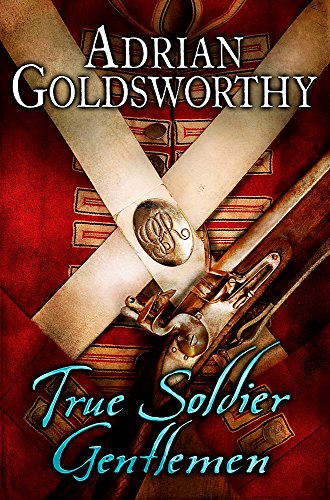 A brilliant Napoleonic military fiction series from one of the UK's brightest young historians.

The year is 1808, and Hamish Williams is a 'gentleman volunteer' in the 106th regiment of foot, a man serving with the ranks but living with the officers, and uncomfortable in both worlds: looked down on by those with the money or influence to buy their rank, and distrusted by the common soldiers who know he is not one of them.

But Williams is determined to prove by deeds alone that he is a man worthy of advancement, and when the 106th embarks for Portugal to begin what will become known as the Peninsular War against Napoleon, he knows his chance of glory is at hand. Soon he is receiving a sharp lesson in the realities of war, as the 106th undergoes a bloody baptism at the hands of the French - and he realises that his single-minded devotion to honour may not, after all, be the quickest route to promotion.

Combining the vivid detail of a master historian with the engaging characters and pulsating action of a natural storyteller, TRUE SOLDIER GENTLEMEN is the first volume in what promises to be a classic series.

In this Jane Austen-meets-Bernard Cornwell novel, Goldsworthy brilliantly evokes the reality of life - and death - in the early 19th century British Army -- Kathy Stevenson * DAILY MAIL *
draws some good contrasts between English Regency society and the Peninsula War sustaining it -- Jeremy de Groot * HISTORY TODAY *
Take a distinguished historian, a long and bloody war against an apparently invincible enemy, and you have a good recipe for what promises to be a classic series * GOOD BOOK GUIDE *
Adrian Goldsworthy has a doctorate from Oxford University. His books have sold more than a quarter of a million copies and been translated into more than a dozen languages. A full-time author, he regularly contributes to TV documentaries on Roman themes and has lectured on Roman history in both the UK and USA.
GOR002486324
9780297860358
0297860356
True Soldier Gentlemen by Adrian Goldsworthy
Adrian Goldsworthy
The Napoleonic Wars
Used - Very Good
Hardback
Orion Publishing Co
2011-01-13
400
N/A
Book picture is for illustrative purposes only, actual binding, cover or edition may vary.
This is a used book - there is no escaping the fact it has been read by someone else and it will show signs of wear and previous use. Overall we expect it to be in very good condition, but if you are not entirely satisfied please get in touch with us
Trustpilot