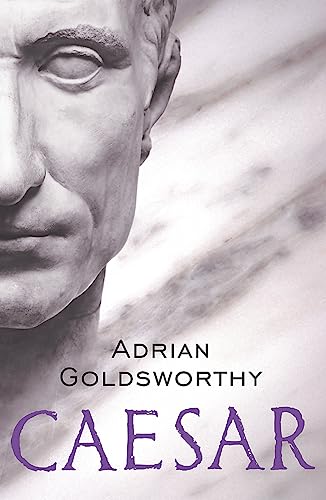 The story of one of the most brilliant, flamboyant and historically important men who ever lived.
'Magnificent' DAILY TELEGRAPH

The story of one of the most brilliant, flamboyant and historically important men who ever lived.

'Combines scholarship with storytelling to bring the ancient world to life: in his masterly new CAESAR he shows us the greatest Roman as man, statesman, soldier and lover' Simon Sebag Montefiore

From the very beginning, Caesar's story makes dazzling reading. In his late teens he narrowly avoided execution for opposing the military dictator Sulla. He was decorated for valour in battle, captured and held to ransom by pirates, and almost bankrupted himself by staging games for the masses.
As a politician, he quickly gained a reputation as a dangerously ambitious maverick. By his early 30s he had risen to the position of Consul, and was already beginning to dominate the Senate. His affairs with noblewomen were both frequent and scandalous.

His greatest skill, outside the bedroom, was as a military commander. In a string of spectacular victories he conquered all of Gaul, invaded Germany, and twice landed in Britain - an achievement which in 55BC was greeted with a public euphoria comparable to that generated by the moon landing in 1969. In just thirty years he had risen from a position of virtual obscurity to become one of the richest men in the world, with the power single-handedly to overthrow the Republic. By his death he was effectively emperor of most of the known world.

Adrian Goldsworthy has a doctorate from Oxford University. His first book, THE ROMAN ARMY AT WAR was recognised by John Keegan as an exceptionally impressive work, original in treatment and impressive in style. He has gone on to write several other books, including THE FALL OF THE WEST, CAESAR, IN THE NAME OF ROME, CANNAE and ROMAN WARFARE, which have sold more than a quarter of a million copies and been translated into more than a dozen languages. A full-time author, he regularly contributes to TV documentaries on Roman themes.

GOR001475079
9780753821589
0753821583
Caesar by Adrian Goldsworthy
Adrian Goldsworthy
Used - Very Good
Paperback
Orion Publishing Co
20070503
704
Short-listed for Marsh Biography Award 2007
Book picture is for illustrative purposes only, actual binding, cover or edition may vary.
This is a used book - there is no escaping the fact it has been read by someone else and it will show signs of wear and previous use. Overall we expect it to be in very good condition, but if you are not entirely satisfied please get in touch with us
Trustpilot