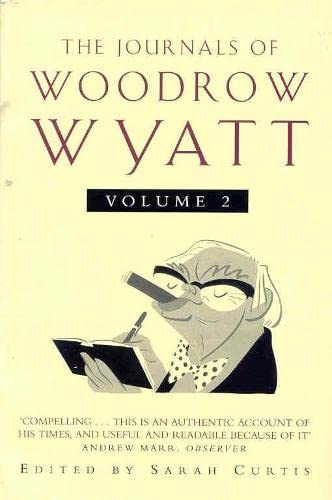 Margaret Thatcher's fall from power is the dramatic core of this second volume of Woodrow Wyatt's sensational memoirs, covering the years 1989 until the election in 1992. Through Wyatt's indignant eyes, we see the overthrow of the woman he believes to be the best possible prime minister for Britain, presenting a completely new perspective on those momentous events and the atmosphere at the time.

Woodrow Wyatt continues to comment with total frankness on the foibles of his friends, watches them fall in and out of love, wines and dines politicians, royalty, journalists, aristocrats - like the lord he is and the millionaire he is not. In these journals he reveals himself nakedly, sharing his beliefs and achievements, his self-doubt and failures, with an unusual zest and honesty.

'A fascinating insight into the old claret-stained establishment' Sunday Express

'There is not a page which fails to excite goggle-eyed enjoyment... An exquisitely naughty candour ... places him closer to Pepys than to anyone else' Spectator

GOR001826112
9780330390071
0330390074
Journals of Woodrow Wyatt Vol 2: Thatcher's Fall and Major's Rise by Woodrow Wyatt
Woodrow Wyatt
Used - Very Good
Paperback
Pan Macmillan
2000-11-24
752
N/A
Book picture is for illustrative purposes only, actual binding, cover or edition may vary.
This is a used book - there is no escaping the fact it has been read by someone else and it will show signs of wear and previous use. Overall we expect it to be in very good condition, but if you are not entirely satisfied please get in touch with us
Trustpilot