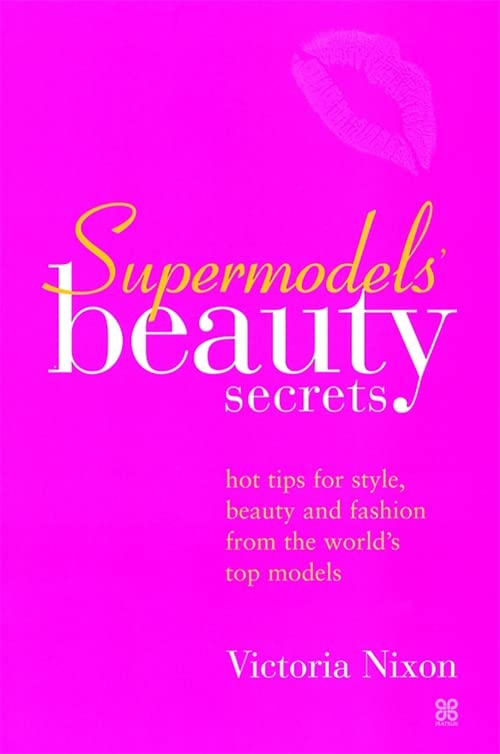 Tips and tricks from world-renowned supermodels from Jerry Hall to Kate Moss.

In this guide, former model and beauty magazine editor Victoria Nixon presents tips on hair-care, skin-care, make-up and style from the world's leading models. With contributions from Jerry Hall, Kate Moss, and Sophie Dahl amongst others, the volume addresses: what to wear to look taller, thinner and more stunning; how to keep your body the right weight without ever having to diet; skin-care secrets to help you always look your best; hair styles to flatter your face; the food supplements every supermodel swears by; how supermodels keep cellulite at bay; supermodels' favourite forms of exercise; the five-part supermodel stress buster; how to get catwalk confidence; and supermodels' top five classic fashion buys.

Victoria Nixon was born in Barnsley, South Yorkshire and educated at Barnsley Girl's High School. In 1966 she became an international model for ten years, working in New York, Milan, Paris and London. From 1977-88 she was Melbourne Editor of POL Magazine, an Australian avant-garde fashion and lifestyle glossy, and was a freelance, award-winning advertising copywriter. She formed a film production company producing television commercials and documentaries and produced The Price of Fame television series for Central TV, UK featuring David Cassidy, Sylvester Stallone, Marianne Faithful and John Cleese. In 1992 she opened One Stop Fresh, a deli in Fulham specialising in healthy lunchtime food. In 2002 her first book Supermodels' Beauty Secrets was published by Piatkus Books; reprinted twice in 2004, twice in 2008, 2010, 2011 and nominated 'Best Beauty Book', by the Daily Mail in 2010. Her second book Supermodels' Diet Secrets was published in 2004.
In 2008 she became a director of Aircell Structures Ltd, a British company designing and manufacturing humanitarian aid products.

GOR001384733
9780749923440
074992344X
Supermodels' Beauty Secrets: Hot tips for style, beauty and fashion from the world's top models by Victoria Nixon
Victoria Nixon
Used - Very Good
Paperback
Little, Brown Book Group
2002-10-24
208
N/A
Book picture is for illustrative purposes only, actual binding, cover or edition may vary.
This is a used book - there is no escaping the fact it has been read by someone else and it will show signs of wear and previous use. Overall we expect it to be in very good condition, but if you are not entirely satisfied please get in touch with us
Trustpilot