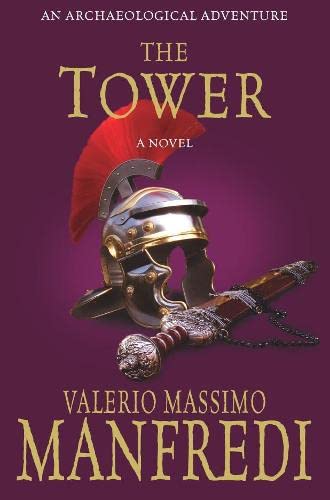 The Tower by Valerio Massimo Manfredi

The Tower by Valerio Massimo Manfredi

70 AD. A group of Roman soldiers crossing the Sahara desert is destroyed by a ferocious and mysterious presence hidden in a solitary tower at the extreme borders of the sea of sand. The sole survivor, the Etruscan seer Avile Vipinas, is inexplicably saved by the sound of his silver sistrum.

Nineteen centuries later, young American scholar Philip Garrett is investigating his father's disappearance in the desert 10 years earlier when he discovers the house of Avile Vipinas in the underground ruins of Pompeii, sealed by the earthquake of 79 AD.The ancient seer, before his death, had tried to describe the horrific presence in the Tower of Solitude and to make the first faltering steps to its destruction . . .

Who is the ancient civilization - older than the oldest known - that created this tower? What is its purpose?

After conquering the ancient world with his bestselling novels of antiquity, Valerio Manfredi has written a page-turning period thriller with an ancient twist.

Valerio Massimo Manfredi is an archaeologist and scholar of the ancient Greek and Roman world. He is the author of numerous novels, which have won him literary awards and have sold 12 million copies. His Alexander trilogy has been translated into thirty-eight languages and published in sixty-two countries and the film rights have been acquired by Universal Pictures. His novel The Last Legion was made into a film starring Colin Firth and Ben Kingsley and directed by Doug Lefler. Valerio Massimo Manfredi has taught at a number of prestigious universities in Italy and abroad and has published numerous articles and essays in academic journals. He has also written screenplays for film and television, contributed to journalistic articles and conducted cultural programmes and television documentaries.
GOR002644380
9781405052016
1405052015
The Tower by Valerio Massimo Manfredi
Valerio Massimo Manfredi
Used - Very Good
Hardback
Pan Macmillan
20061006
304
null null null null null null null null null null
Book picture is for illustrative purposes only, actual binding, cover or edition may vary.
This is a used book - there is no escaping the fact it has been read by someone else and it will show signs of wear and previous use. Overall we expect it to be in very good condition, but if you are not entirely satisfied please get in touch with us
Trustpilot