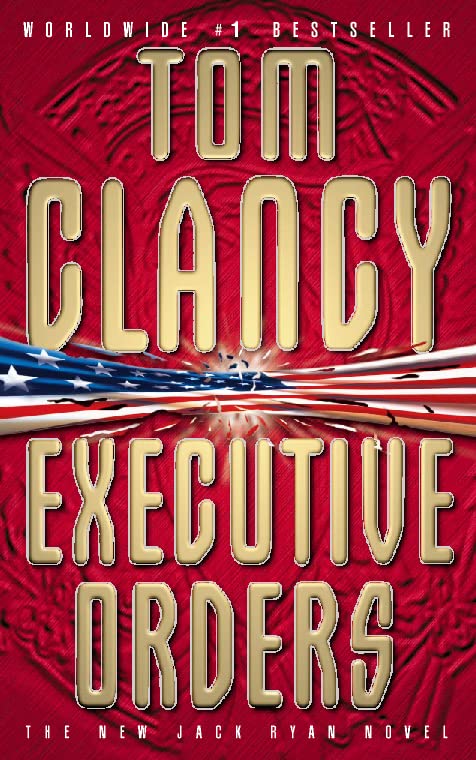 Jack Ryan is the new US President - in the latest blockbuster from the world's leading thriller writer, continuing the story of the spectacularly successful No 1 bestseller Debt of Honour.

Jack Ryan is the new US President - in the latest blockbuster from the world's leading thriller writer, continuing the story of the spectacularly successful No 1 bestseller Debt of Honour.

At the dramatic climax of Debt of Honour, a runaway Jumbo Jet has crashed into the Capitol Building in Washington, leaving the President dead, along with most of the Cabinet and Congress. Dazed and confused, the man who only minutes before was confirmed as the new caretaker Vice-President is told that he is now President of the United States. President John Patrick Ryan.

But how do you run a government without a government? Where do you even begin? Ryan knows that the eyes of the world are on him now - and many of them are unfriendly. In Beijing, in Tehran and even in Washington, there are those eager to take advantage. Soon they will make their moves; soon they will present Jack Ryan with a crisis so great even he could not imagine it.

'Ryan is back, and not just for an encore. The pace is frantic, the detail, as ever, exhaustive... a relentless, plot-packed blockbuster.'
The Times

'A potent mixture of thriller and Washington power novel. Everyone who has ever fantasised about cleaning up government... will enjoy the way that Clancy's hero fights his corner... just the thing.'
Daily Express

Since the publication of his first novel, The Hunt for Red October, Tom Clancy has established an unrivalled position as the world's leading thriller writer, with a string of million-selling novels and three major Hollywood films to his name: The Hunt for Red October, Patriot Games and Clear and Present Danger. Executive Orders is his ninth novel.

'He remains No 1' Los Angeles Times

GOR000375919
9780006479758
0006479758
Executive Orders by Tom Clancy
Tom Clancy
Used - Very Good
Paperback
HarperCollins Publishers
1996-12-16
1296
N/A
Book picture is for illustrative purposes only, actual binding, cover or edition may vary.
This is a used book - there is no escaping the fact it has been read by someone else and it will show signs of wear and previous use. Overall we expect it to be in very good condition, but if you are not entirely satisfied please get in touch with us
Trustpilot