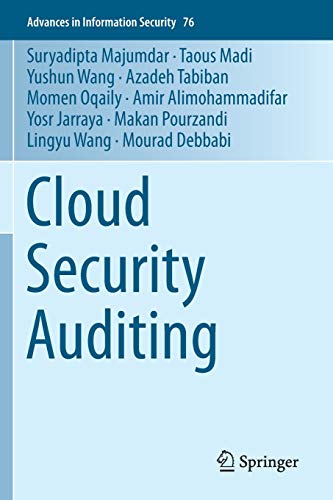 This book provides a comprehensive review of the most up to date research related to cloud security auditing and discusses auditing the cloud infrastructure from the structural point of view, while focusing on virtualization-related security properties and consistency between multiple control layers.