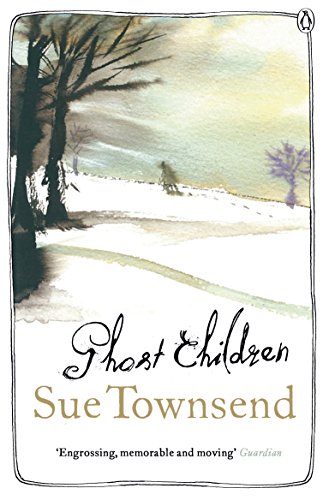 Seventeen years ago Angela Carr aborted an unwanted child. The child's father, Christopher Moore, was devastated by the loss and he retreated from the world. Unable to accept what had happened between them both went their separate ways.

Ghost Children is a compassionate and gritty examination of love and loss from one of Britain's most-loved writers, Sue Townsend

How can she leave the past behind when he won't let her?

Seventeen years ago Angela Carr aborted an unwanted child. The child's father, Christopher Moore, was devastated by the loss and he retreated from the world. Unable to accept what had happened between them both went their separate ways.

However, when Christopher makes a horrifying discovery whilst out walking his dog on the heath he finds that he is compelled to confront Angela about the past. As they start seeing each another again can they avoid the mistakes of the past? And will their future together be eclipsed by those mistakes of yesterday?

'Bleak, tender and deeply affecting. Seldom have I rooted so hard for a set of fictional individuals' Mail on Sunday

Sue Townsend was born in Leicester in 1946. Despite not learning to read until the age of eight, leaving school at fifteen with no qualifications and having three children by the time she was in her mid-twenties, she always found time to read widely. She also wrote secretly for twenty years. After joining a writers' group at The Phoenix Theatre, Leicester, she won a Thames Television award for her first play, Womberang, and became a professional playwright and novelist. After the publication of The Secret Diary of Adrian Mole Aged 133/4, Sue continued to make the nation laugh and prick its conscience. She wrote seven further volumes of Adrian's diaries and five other popular novels - including The Queen and I, Number Ten and The Woman Who Went to Bed for a Year - and numerous well received plays. Sue passed away in 2014 at the age of sixty-eight. She remains widely regarded as Britain's favourite comic writer.
GOR004700910
9780241958407
0241958407
Ghost Children by Sue Townsend
Sue Townsend
Used - Very Good
Paperback
Penguin Books Ltd
2012-08-30
272
N/A
Book picture is for illustrative purposes only, actual binding, cover or edition may vary.
This is a used book - there is no escaping the fact it has been read by someone else and it will show signs of wear and previous use. Overall we expect it to be in very good condition, but if you are not entirely satisfied please get in touch with us
Trustpilot