S is for Silence Sue Grafton 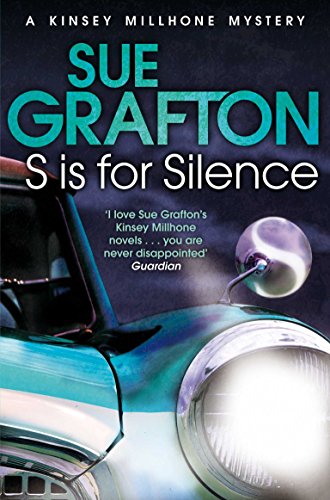 The alphabet mysteries continue with a cold case for private investigator Kinsey Millhone.

S is for Silence is the nineteenth in the Kinsey Millhone mystery series by Sue Grafton.

Just after Independence Day in July 1953 Violet Sullivan, a local good time girl living in Serena Station Southern California, drives off in her brand new Chevy and is never seen again. Left behind is her young daughter, Daisy, and Violet's impetuous husband, Foley, who had been persuaded to buy his errant wife the car only days before . . .

Reluctant to open such an old cold case Kinsey Millhone agrees to spend five days investigating, believing at first that Violet simply moved on to pastures new. But very soon it becomes clear that a lot of people shared a past with Violet, a past that some are still desperate to keep hidden. And in a town as close-knit as Serena there aren't many places to hide when things turn vicious . . .

Sue Grafton has become one of the most popular female writers, both in the UK and in the US. Born in Kentucky in 1940, she began her career as a TV scriptwriter before Kinsey Millhone and the 'alphabet' series took off. Two of the novels B is for Burglar and C is for Corpse won the first Anthony Awards for Best Novel. Sue wrote twenty-five novels in her alphabet series, the last was Y is for Yesterday, before her death in California in December 2017.
GOR004799300
9781447212409
1447212401
S is for Silence by Sue Grafton
Sue Grafton
Kinsey Millhone Alphabet series
Used - Very Good
Paperback
Pan Macmillan
2012-12-06
448
N/A
Book picture is for illustrative purposes only, actual binding, cover or edition may vary.
This is a used book - there is no escaping the fact it has been read by someone else and it will show signs of wear and previous use. Overall we expect it to be in very good condition, but if you are not entirely satisfied please get in touch with us
Trustpilot