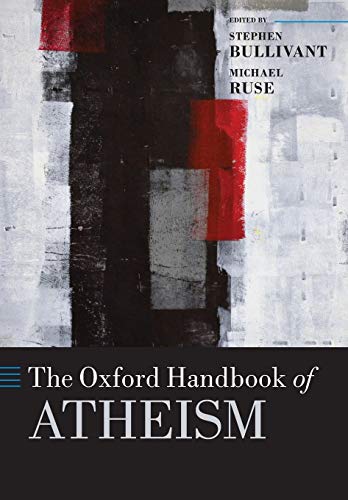 This Handbook is a pioneering edited volume, exploring atheism-understood in the broad sense of 'an absence of belief in the existence of a God or gods'-in its historical and contemporary expressions. It probes the varied manifestations and implications of unbelief from an array of disciplinary perspectives and in a range of global contexts.

Recent books by, among others, Sam Harris, Richard Dawkins, and Christopher Hitchens have thrust atheism firmly into the popular, media, and academic spotlight. This so-called New Atheism is arguably the most striking development in western socio-religious culture of the past decade or more. As such, it has spurred fertile (and often heated) discussions both within, and between, a diverse range of disciplines. Yet atheism, and the New Atheism, are by no means co-extensive. Interesting though it indeed is, the New Atheism is a single, historically and culturally specific manifestation of positive atheism (the that there is/are no God/s), which is itself but one form of a far deeper, broader, and more significant global phenomenon. The Oxford Handbook of Atheism is a pioneering edited volume, exploring atheism-understood in the broad sense of 'an absence of belief in the existence of a God or gods'-in all the richness and diversity of its historical and contemporary expressions. Bringing together an international team of established and emerging scholars, it probes the varied manifestations and implications of unbelief from an array of disciplinary perspectives (philosophy, history, sociology, anthropology, demography, psychology, natural sciences, gender and sexuality studies, literary criticism, film studies, musicology) and in a range of global contexts (Western Europe, North America, post-communist Europe, the Islamic world, Japan, India). Both surveying and synthesizing previous work, and presenting the major fruits of innovative recent research, the handbook is set to be a landmark text for the study of atheism.
...a touchstone reference work in the study of atheism and related phenomena, and the editors and contributors are to be commended for producing an accessible refer-ence text containing world-leading, original scholarship that will stand the test of time. * Christopher R. Cotter, Numen *
This collection will be warmly welcomed by philosophers of religion, philosophers of science, historians of ideas, andmetaphysicians for themany fresh angles it opens up on familiar difficulties with defining atheism ... the volume provides an especially gratifying richness of reflection on its strengths and weaknesses as a full-fledged philosophical outlook * James Orr, Religious Studies *
a truly interdisciplinary and comprehensive review ... All of the chapters are well-written and coverage of major philosophers and movements is extensive ... an essential resource. No library should be without it. * Darren E. Sherkat, Journal for the Scientific Study of Religion *
The Oxford Handbook of Atheism is a momentous achievement, displaying a depth and breadth that is unlikely to be equaled * Benjamin B. DeVan, Theology and Science *
The Oxford Handbook of Atheism is an essential resource. No library should be without it. * Darren E. Sherkat, Scientific Study of Religion *
Edited by Stephen Bullivant, Lecturer in Theology and Ethics, St Mary's University College, and Michael Ruse, Lucyle T. Werkmeister Professor of Philosophy and Director of the Program in the History and Philosophy of Science, Florida State University.
1: DEFINITIONS AND DEBATES; 2: HISTORY OF (WESTERN) ATHEISM; 3: WORLDVIEWS AND SYSTEMS; 4: ATHEISM AND THE NATURAL SCIENCES; 5: ATHEISM AND THE SOCIAL SCIENCES; 6: GLOBAL EXPRESSIONS; 7: ATHEISM AND THE ARTS
NLS9780198745075
9780198745075
0198745079
The Oxford Handbook of Atheism by Stephen Bullivant (Lecturer in Theology and Ethics, St Mary's University College)
Stephen Bullivant (Lecturer in Theology and Ethics, St Mary's University College)
Oxford Handbooks
New
Paperback
Oxford University Press
2015-12-17
784
N/A
Book picture is for illustrative purposes only, actual binding, cover or edition may vary.
This is a new book - be the first to read this copy. With untouched pages and a perfect binding, your brand new copy is ready to be opened for the first time
Trustpilot