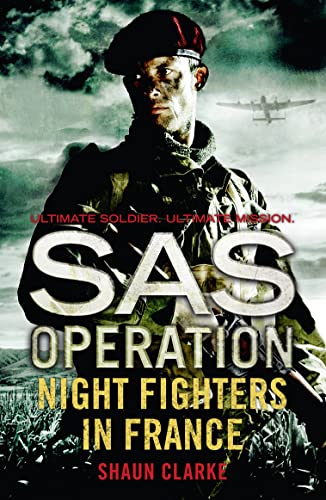 Ultimate soldier. Ultimate mission. But can the SAS distract the Nazis to allow airborne landings to go ahead?

Ultimate soldier. Ultimate mission. But can the SAS distract the Nazis to allow airborne landings to go ahead?

September 1944: in the wake of the successful 'Anvil' landings, the Allies plan airborne landings in the Orleans Gap. To 'soften' the enemy beforehand, they decide to drop a squadron of men and jeeps in Central France, to hit enemy positions to distract attention from the landings taking place elsewhere

Operation Kipling begins when 46 jeeps and 107 well-armed SAS men from C Squadron are parachuted in with orders to establish a base and contact the Maquis - Frenchmen living in makeshift forest camps, conducting sabotage missions behind enemy lines.

Even as they are setting up camp, the airborne landings are cancelled and the SAS ordered to conduct 'aggressive' patrolling. Over the coming weeks, C Squadron must carry out a succession of high risk night raids against the Germans, racing into occupied towns in jeeps, firing on the move, and racing out again: to continually harass the enemy and inflict heavy casualties. Or die trying.

GOR008553625
9780008155247
0008155240
Night Fighters in France (SAS Operation) by Shaun Clarke
Shaun Clarke
SAS Operation
Used - Very Good
Paperback
HarperCollins Publishers
20160421
216
N/A
Book picture is for illustrative purposes only, actual binding, cover or edition may vary.
This is a used book - there is no escaping the fact it has been read by someone else and it will show signs of wear and previous use. Overall we expect it to be in very good condition, but if you are not entirely satisfied please get in touch with us
Trustpilot