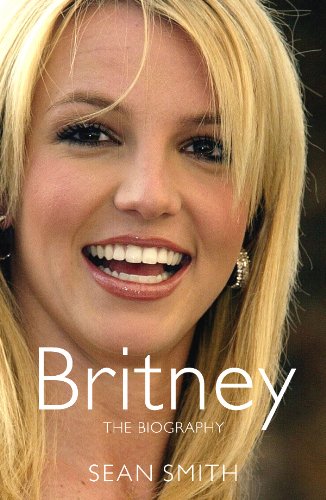 Setting the record straight about the world's number-one female star . . .

Britney: The Biography by Sean Smith

Since she sashayed down the corridor in a schoolgirl uniform singing 'Baby One More Time', Britney Spears has become the most talked about woman in popular culture. In this fascinating unauthorized biography, the author chronicles for the first time the amazing story of how a little southern girl described by her tutor at Disney as 'the most innocent person you'd ever want to meet' grew up to become the ultimate tabloid fodder.

Author Sean Smith has conducted a series of exclusive interviews to discover what happened the first time she fell in love, whether she really cheated on Justin Timberlake and what she finds irresistible about new husband Kevin Federline. He follows her spectacular fall from American dream to American nightmare and tells how, scarred by her break-up with Timberlake and humiliated by his video featuring a Britney look-alike, she hit rock bottom with her notorious 55-hour Las Vegas marriage. Yet she came back stronger than ever in 2005, winning prestigious Grammy and Ivor Novello awards for her record 'Toxic'.

Speculating on what an uncertain future holds for new mother Mrs Federline, this is a thoroughly entertaining and insightful biography of one of the most misunderstood figures in pop.

Sean Smith is one of the UK's leading celebrity biographers, whose bestselling books have been translated throughout the world. Since his internationally acclaimed biography of JK Rowling he has examined the world of the modern pop icon - Kylie Minogue, Robbie Williams, Justin Timberlake and Britney Spears. Described by the Independent newspaper as a 'fearless chronicler', he specializes in meticulous research, going 'on the road' to find the real person behind the star image.
GOR001015944
9780283070303
0283070307
Britney: The Biography by Sean Smith
Sean Smith
Used - Very Good
Hardback
Pan Macmillan
2005-10-07
320
N/A
Book picture is for illustrative purposes only, actual binding, cover or edition may vary.
This is a used book - there is no escaping the fact it has been read by someone else and it will show signs of wear and previous use. Overall we expect it to be in very good condition, but if you are not entirely satisfied please get in touch with us
Trustpilot