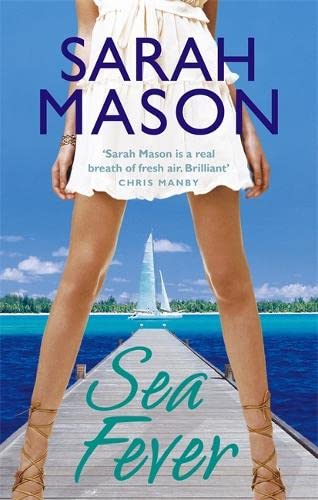 Beautiful and talented, Erica Pencarrow, nicknamed Inky because of her dark hair, longs to compete in the America's Cup - sailing's toughest challenge where only the best, and richest, have a chance of success. When Inky's dream finally comes true she must conquer not only the sea but also her team's prejudices - a fight she looks set to lose when she falls for a rival sailor. Meanwhile Fabian, rich and handsome, is fighting his own battles - he was once sailing's golden boy until his partying and playboy lifestyle ended in tragedy. And Rafe, unconventional, gifted and beautiful is brought to his knees by Ava, the spoilt, rich daughter of his sponsor.

Set against the ruthless world of sailing Sea Fever offers an exhilarating blend of glamour, adventure and drama as two teams battle the elements -- and each other -- in the biggest challenge of their lives.

Sexy, salty, seafaring fun * Heat *
Fans of Jilly Cooper will love this racy blockbuster set in the glam sailing world. Perfect to read on your hols * Closer *
Sarah Mason is the author of Playing James, which won the Romantic Novel of the Year Award in 2003, Party Season and High Society. She grew up near the sea in Cornwall, but now lives in Cheltenham with her husband and two children.
GOR000434014
9780751535983
0751535982
Sea Fever by Sarah Mason
Sarah Mason
Used - Very Good
Paperback
Little, Brown Book Group
2007-07-05
608
N/A
Book picture is for illustrative purposes only, actual binding, cover or edition may vary.
This is a used book - there is no escaping the fact it has been read by someone else and it will show signs of wear and previous use. Overall we expect it to be in very good condition, but if you are not entirely satisfied please get in touch with us
Trustpilot