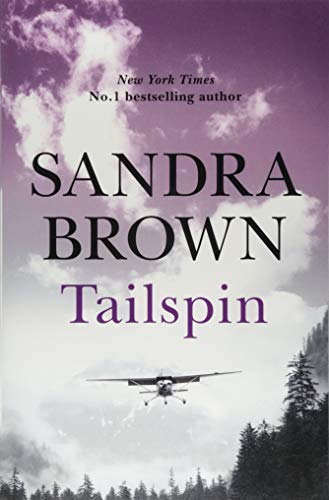 'Everyone, and that means everyone is hiding secrets. . . ' NetGalley reviewer

THE NUMBER 1 NEW YORK TIMES BESTSELLER!! Don't miss this spine tingling thriller about a daring pilot caught in a race against time

But he does have a rock-solid reputation: he will fly in the foulest weather, day or night and deliver the goods. So when Rye is asked the fly into a completely fogbound northern Georgia town and deliver a mysterious black box to a Dr Lambert, he doesn't ask questions.

As Rye's plane nears the isolated landing strip, worse trouble than bad weather awaits him. He is greeted first by a sabotage attempt that causes him to crash land; and then by Dr Brynn O'Neal, who claims she was sent for the box in Dr Lambert's stead. Rye finds himself irresistibly drawn to the intrigue surrounding his cargo . . . and to the mysterious and alluring Brynn.

Soon Rye and Brynn are in a treacherous forty-eight-house race to deliver the box. With everyone from law enforcement officials to hired thugs hot on their heels, they must learn to trust each other so they can protect their valuable cargo from those who would kill for it.

'Suspense that has teeth'
Stephen King

Praise for Sandra Brown - -One of the hottest Sandra Brown books ever - Huffington PostBrown has written another gripping page-turner . . . will enthrall both her fans and anyone who enjoys their tales mixed with a romantic flair. - Associated PressA masterful storyteller, carefully crafting tales that keep readers on the edge of their seats - USA TodayPerfectly plotted . . . sin-tillating suspense - People magazineMillions of readers clamour for the compelling novels of Sandra Brown. And no wonder! She fires your imagination with irresistible characters, unexpected plot twists, scandalous secrets . . . so electric you feel the zing - Literary GuildLust, jealousy, and murder suffuse Brown's crisp thriller - Publishers WeeklyBrown's novels define the term "page turner" - Booklist
Sandra Brown is the author of numerous New York Times bestselling thrillers. She lives in Arlington, Texas. Visit her website at www.sandrabrown.com and connect with her on Twitter: @SandraBrown_NYT
GOR011009351
9781473669475
1473669472
Tailspin: The INCREDIBLE NEW THRILLER from New York Times bestselling author by Sandra Brown
Sandra Brown
Used - Like New
Paperback
Hodder & Stoughton
2018-08-07
432
N/A
Book picture is for illustrative purposes only, actual binding, cover or edition may vary.
The book has been read, but looks new. The book cover has no visible wear, and the dust jacket is included if applicable. No missing or damaged pages, no tears, possible very minimal creasing, no underlining or highlighting of text, and no writing in the margins
Trustpilot