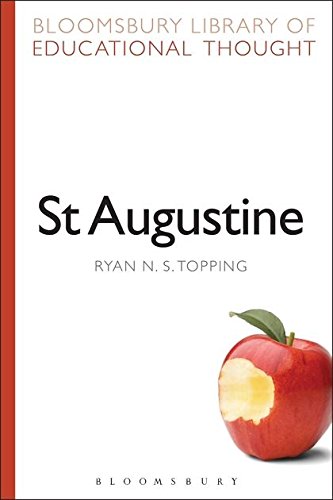 After setting Augustine's thought firmly within the context of his life and times, Ryan Topping examines in turn the causes of education (the purposes, pedagogy, curriculum, and limits of learning) as Augustine understood them. Augustine's towering influence over Medieval and Renaissance theorists - from Hugh of St Victor, to Aquinas, to Erasmus - is traced. The book concludes by drawing Augustine into dialogue with contemporary philosophers, exploring the influence of his meditations on higher education and suggesting how his ideas can reinvigorate for our generation the project of liberal learning.
Ryan Topping's book on Augustine is an essential addition to a series on great educational thinkers. He shows convincingly how Augustine defends a Christian liberal education, a unique synthesis of pagan rhetorical techniques and Christian spirituality, whose Christian character is seen in its valuing of truth, its emphasis on love, and its cheerfulness. Topping's analysis of Augustine's influence is realistic, identifying limitations as well as strengths in his educational philosophy. This realism strengthens the application of Augustinian ideas to contemporary debates about the university. -- Vivian Boland, O.P., Director of the Aquinas Institute and member of the Theology Faculty, Oxford University, UK
Ryan Topping's new book on St. Augustine is not so much a book about this famous saint as it is a treasury of insightful meditations on the state of higher education, especially Catholic higher education, and what the future of Catholic studies may be. * B. C. Catholic *
Ryan N.S. Topping, who has distinguished himself as an authority on St. Augustine with his monograph on happiness and wisdom in Augustine's early theology, is a welcome guide to properly approaching the great but often elusive Bishop of Hippo. Topping's writing is eloquent yet accessible, and his mastery of the subject extends not only to Augustine but to the cultural and intellectual milieu of our own day which - because it often complicates a dispassionate retrieval of Augustine's thought - must also be addressed. -- Michael P. Foley, Associate Professor of Patristics, Baylor University, US
In the company of St Augustine, Ryan Topping does battle with the skepticism that denies education its proper role in the pursuit of happiness and makes of it instead an exercise in apathy. Those who hope for something better from education can discover it in Augustine, and this pithy volume will go a long way to help them discover Augustine himself. -- Douglas Farrow, Kennedy Smith Chair in Catholic Studies, McGill University, Canada
Ryan N. S. Topping is Fellow at Thomas More College of the Liberal Arts, New Hampshire, USA.
Series Editor's Preface Foreword Acknowledgments Abbreviations Part I. Intellectual Biography 1. Approaching Augustine Part II. Critical Exposition 2. The Aims of Education 3. The Art of the Teacher 4. The Matter of Liberal Education 5. The Limits to Education Part III. Philosophical Reception and Relevance 6. Augustine and Some Philosophers of Education 7. St. Augustine and The Defense of Liberal Education Select Bibliography Index
NPB9781472504883
9781472504883
1472504887
St Augustine by Ryan N. S. Topping
Ryan N. S. Topping
Bloomsbury Library of Educational Thought
New
Paperback
Bloomsbury Publishing PLC
2014-10-23
216
N/A
Book picture is for illustrative purposes only, actual binding, cover or edition may vary.
This is a new book - be the first to read this copy. With untouched pages and a perfect binding, your brand new copy is ready to be opened for the first time
Trustpilot