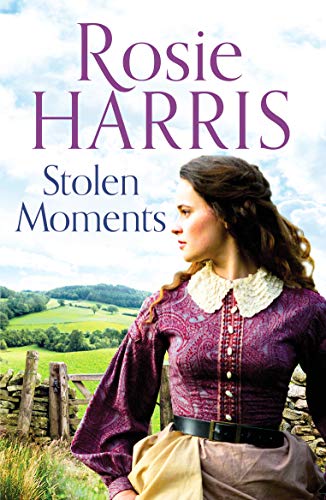 What price will she pay for following her heart?

Eighteen-year-old domestic servant Kate Stacey is passionately in love with David Owen, the brother of Lady Helen Sherwood. They both know their romance would be a scandal but seeing a chance for them to spend more time together, David recommends Kate as nanny to his young nieces at Bramwood Hall. Their secret relationship is soon discovered and he is recalled to his father's industrial empire in the Welsh Valleys, while Kate is abruptly dismissed.

Kate follows her heart, and David, to Wales. However, she is shocked by the poverty and squalid conditions on which the Owen fortune is built. As her sympathies increasingly lie with the workers, she finds herself dangerously caught up in their political cause. Her love for David endures, but is he strong enough to defy his father - and can Kate contemplate a future built on the proceeds of human misery?

A heartwarming historical saga of love against the odds, perfect for fans of Rosie Clarke and Mollie Walton.

Rosie Harris was born in Cardiff and grew up there and in the West Country. After her marriage she lived for some years on Merseyside before moving to Buckinghamshire where she still lives. She has three grown-up children and six grandchildren and writes full time.
GOR011078301
9781800322073
1800322070
Stolen Moments: A heartwarming saga of forbidden love by Rosie Harris
Rosie Harris
Used - Like New
Paperback
Canelo
2020-11-19
384
N/A
Book picture is for illustrative purposes only, actual binding, cover or edition may vary.
The book has been read, but looks new. The book cover has no visible wear, and the dust jacket is included if applicable. No missing or damaged pages, no tears, possible very minimal creasing, no underlining or highlighting of text, and no writing in the margins
Trustpilot