Only Love Can Heal Rosie Harris 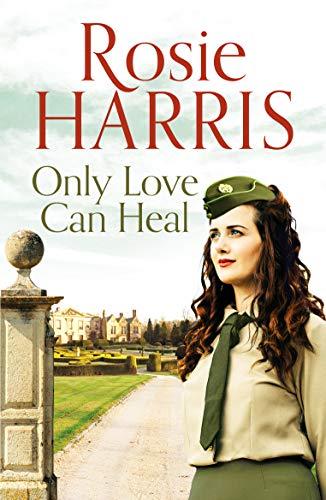 Only Love Can Heal by Rosie Harris

Only Love Can Heal: A captivating multigenerational family saga by Rosie Harris

Her destiny was certain but love had other plans...

Lieutenant Kate Russell's post-war life was all mapped out. According to her upper class parents' wishes, she planned to marry a man with a pedigree like her own. But fate had other ideas in the form of Robert Campbell, a mere staff driver. Kate is irresistibly drawn to him and they decide to wed. Her family, initially outraged by the proposal, agree to accept their marriage but only if Robert climbs the ranks of the army.

But when the Allied forces declare victory and Robert goes on to become a Major, Kate finds that she has another bitter war to fight. Trapped by the possessive demands of her aristocratic parents, she fights her own lonely battle to save her marriage and her reputation.

An enthralling saga of love and marriage, perfect for fans of Rosie Goodwin and Anna Jacobs.

Rosie Harris was born in Cardiff and grew up there and in the West Country. After her marriage she lived for some years on Merseyside before moving to Buckinghamshire where she still lives. She has three grown-up children and six grandchildren and writes full time.
GOR011803814
9781800323049
1800323042
Only Love Can Heal: A captivating multigenerational family saga by Rosie Harris
Rosie Harris
Used - Like New
Paperback
Canelo
20210506
304
N/A
Book picture is for illustrative purposes only, actual binding, cover or edition may vary.
The book has been read, but looks new. The book cover has no visible wear, and the dust jacket is included if applicable. No missing or damaged pages, no tears, possible very minimal creasing, no underlining or highlighting of text, and no writing in the margins
Trustpilot