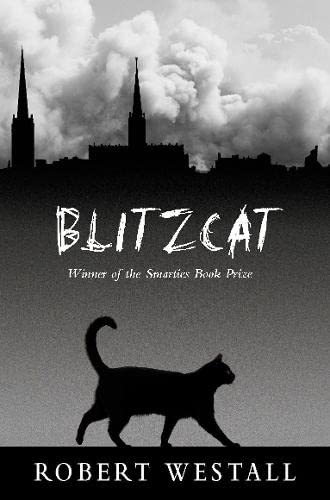 An extraordinarily touching book - winner of the Smarties Book Prize.

She made her way down the cliff, and on to the beach. At the edge of the waves, she stopped, shaking her wet paws. She knew that somewhere ahead was her person, but far, far away. She miaowed plaintively; stood staring at the moving blur of uncrossable sea.

She led the way to safety, out of the blazing hell of blitzed Coventry. People touched her for luck; feared her as an omen of disaster. Wherever she went, she changed lives....

From her beginning to her end she never wavered.

''Westall's writing has always been strong and vivid but he has rarely written as confidently as this.'' Times Literary Supplement

"Westall's writing has always been strong and vivid but he has rarely written as confidently as this." Times Literary Supplement
More than a decade after his death, Robert Westall retains his reputation as one of the most powerful writers for children. He was awarded two Carnegie Medals (for The Machine-Gunners and The Scarecrows) and used his own childhood experiences of the Second World War in his books.
GOR000372779
9780330398619
033039861X
Blitzcat by Robert Westall
Robert Westall
Used - Very Good
Paperback
Pan Macmillan
2002-02-08
240
Winner of Nestle Smarties Book Prize Gold Award 1989 (UK)
Book picture is for illustrative purposes only, actual binding, cover or edition may vary.
This is a used book - there is no escaping the fact it has been read by someone else and it will show signs of wear and previous use. Overall we expect it to be in very good condition, but if you are not entirely satisfied please get in touch with us
Trustpilot