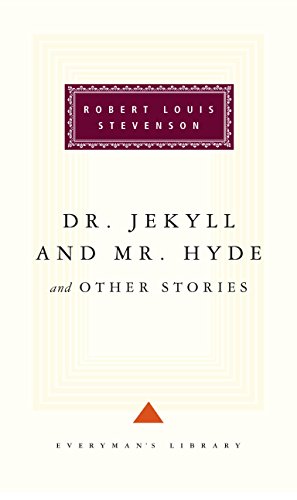 A collection of Stevenson's short stories found in one volume. Titles include "Dr Jekyll and Mr Hyde", "Markheim", "Lodging for the Night", "Thrawn Janet", "The Body Snatcher" and "The Misadventures of John Nicholson".

Robert Louis Stevenson was born in Edinburgh in 1850. Chronically ill with bronchitis and possibly tuberculosis, Stevenson withdrew from Engineering at Edinburgh University in favour of Studying Law. Although he passed the bar and became an advocate in 1875, he knew that his true work was as a writer.

Between 1876 and his death in 1894, Stevenson wrote prolifically. His published essays, short stories, fiction, travel books, plays, letters and poetry number in dozens. The most famous of his works include Travels With A Donkey in the Cevennes (1879), New Arabian Nights (1882), Treasure Island (1883), The Strange Case of Doctor Jekyll and Mr Hyde (1887), Thrawn Janet (1887) and Kidnapped (1893).

After marrying Fanny Osbourne in 1880 Stevenson continued to travel and to write about his experiences. His poor health led him and his family to Valima in Samoa, where they settled. During his days there Stevenson was known as 'Tusitala' or 'The Story Teller'. His love of telling romantic and adventure stories allowed him to connect easily with the universal child in all of us. 'Fiction is to grown men what play is to the child,' he said.

Robert Louis Stevenson died in Valima in 1894 of a brain haemorrhage.

GOR001829314
9781857150636
1857150635
Dr Jekyll And Mr Hyde And Other Stories by Robert Louis Stevenson
Robert Louis Stevenson
Used - Very Good
Hardback
Everyman
1992-03-19
240
N/A
Book picture is for illustrative purposes only, actual binding, cover or edition may vary.
This is a used book - there is no escaping the fact it has been read by someone else and it will show signs of wear and previous use. Overall we expect it to be in very good condition, but if you are not entirely satisfied please get in touch with us
Trustpilot