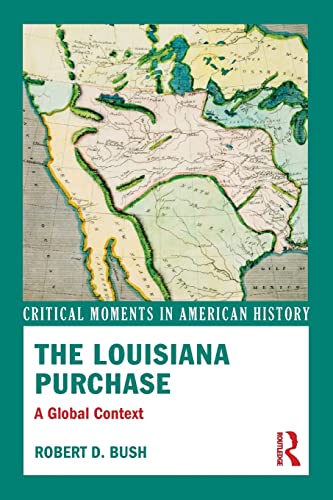 In 1803, the United States purchased 828,000 square miles of land from France at a price of approximately three cents per acre, dramatically altering the young nation's geography and its political future. President Thomas Jefferson had struggled for three years over the purchase, which many believed to be unconstitutional, during which time the land changed hands between the French and the Spanish. In perhaps the nation's most formative development since the Revolutionary War, the deal secured the U.S. territory that would become fifteen new states, sparked intense public argument about the American Frontier, and ensured Jefferson a complicated legacy in American history.

With special attention to the diplomatic and constitutional background of the purchase, The Louisiana Purchase examines the event in the context of the Atlantic world, including the impact of the French Revolution and Napoleonic wars in Europe, colonial revolutions in the Caribbean, and the westward expansion of the U.S. population. In five concise chapters bolstered by primary documents including treaties, letters, and first-hand observations, Robert D. Bush introduces students to the political history of this momentous land acquisition.

Robert D. Bush is an Instructor of history at Front Range Community College.

NLS9780415814577
9780415814577
041581457X
The Louisiana Purchase: A Global Context by Robert D. Bush (Colorado Technical University, USA)
Robert D. Bush (Colorado Technical University, USA)
Critical Moments in American History
New
Paperback
Taylor & Francis Ltd
2013-10-24
206
N/A
Book picture is for illustrative purposes only, actual binding, cover or edition may vary.
This is a new book - be the first to read this copy. With untouched pages and a perfect binding, your brand new copy is ready to be opened for the first time
Trustpilot